On October 12th YG Entertainment broke their silence on why WINNER has yet to have a comeback since their ‘EXIT:E’ release. Fans have shown concern over the group, the first boy group to debut under the label since BIGBANG, when their promised comeback series was never completed. The news of more comebacks from artists on the label only made fans more agitated, building up to the point of YG Entertainment issuing a statement on why WINNER wasn’t included in that list.

The issued statement came as a shock, as fans learned the truth behind their delayed comeback. Member Nam Taehyun has been suffering from worsen mental health issues in the past months. 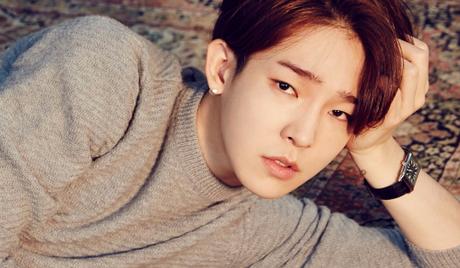 The statement reads as follows:

This is an official announcement about WINNER by YG Entertainment (YG).

YG hereby announces that the release of WINNER’S new single will be delayed
until further notice due to unexpected circumstances.

NAM TAEHYUN, a member of WINNER, has had mental health issues
since he was a trainee, but his condition has gotten worse recently.

A few months ago, YG met with NAM TAEHYUN and his mother
to discuss his condition and decided that he is not well enough to work.
YG had all of WINNER’s activities on hold so that
NAM TAEHYUN could focus on getting well.

This is because the health of the members is of utmost importance.

The reason we were not able to tell this news earlier was
that health issues are difficult to predict and, if NAM TAEHYUN recovers soon,
we were going to let WINNER continue on with their activities.
However, we are sad to say that this is not the case.

Currently, NAM TAEHYUN is staying with his mother for a quick and stable recovery.

At the moment, it is hard to say when WINNER will be able to come back,
but YG will do everything in its power to help WINNER overcome this crisis.

This is an extremely unfortunate situation, for both fans and WINNER themselves. Officially KMUSIC wishes Nam Taehyun the best, and we hope that he fully recovers, returning to music when he feels ready.