The vocal powerhouse is poised to make a comeback in just under two weeks’ time!

Hyolyn‘s label Bridʒ released a statement on January 22 saying that “Hyolyn will mark her return to the music industry by releasing a new digital single on February 6.”

Bridʒ‘s statement also announced that Hyolyn‘s comeback single will exhibit the singer’s “wide spectrum of musical ability and vocal colour“, adding that she “plans to kickstart her activities as a solo artist” through the release of the upcoming track. 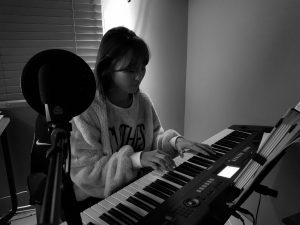 After SISTAR‘s disbandment last year Hyolyn has remained very busy; not only establishing her own label, but also recording tracks for OSTs of hit dramas such as ‘Black Knight‘.

Expectations are sure to be high in anticipation of Hyolyn‘s comeback track! As this will be her first comeback under her own label, the KPop world will be watching closely to see what sound Hyolyn chooses to make her long-awaited return with.

Hyolyn will make her comeback on February 6!