Lizzy has officially graduated from After School – here’s her letter to fans!

Lizzy has officially graduated from After School – here’s her letter to fans!

Lizzy has officially announced her graduation from girl group After School, and has shared the news that she will also be leaving her agency, Pledis Entertainment.

Lizzy spent eight years as a member of After School and was even part of its sub-unit Orange Caramel. On May 1st, Lizzy announced her departure from the band and her former agency, via a handwritten letter on her official fan café.

“Hello! This is Lizzy.

It seems like it was cold weather yesterday, but now it’s really spring. Everyone is doing well, right? It looks like Winter has passed and Spring has come.

I’m writing to let you know that the second stage of my life has begun. I always knew I would graduate one day, and though it’s already been nine years, I feel like my graduation has come really quickly.

In 2009, I, just an average high school student in Busan, was cast. I came to Seoul, spent my time as a trainee, and became Lizzy to promote with After School and Orange Caramel. It was a joyful and happy day with many people, and I felt like the world was my oyster.

Looking back, it was a beautiful time in my life. I really thank my Pledis family and head Han Sung Soo for letting me grow as Lizzy until now. I will always be grateful, and I won’t forget it. 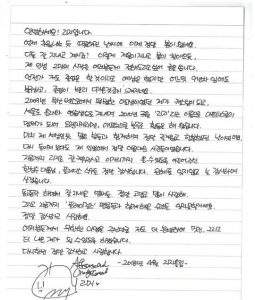 Lizzy debuted as a member of After School in April 2010. She also released solo music, including ‘Not an Easy Girl’ in January 2015. Reminisce about your favourite Lizzy moments, and check out the track below!

We at Officially Kmusic wish Lizzy all the best in her future endevors! We can’t wait to see what she, and After School, have in store for us next!

“NOT AN EASY GIRL” OFFICIAL MV