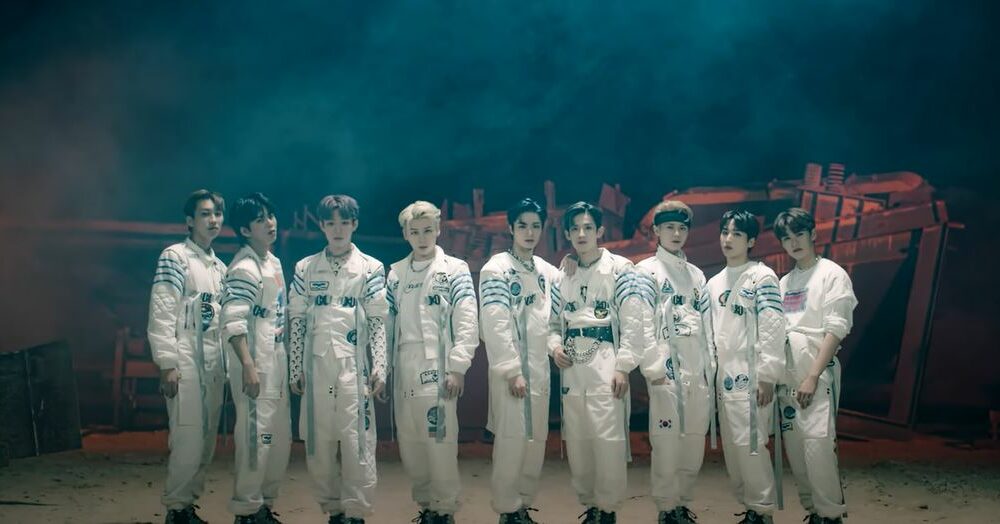 A rookie boy group BLANK2Y was born in the first half of this year and this article is to shortly introduce you to these rising stars. BLANK2Y is a 9-member group of DK, Louis, Donghyuk, U, Siwoo, Mikey, Youngbin, Sungjun and So Dam. You might realize some of the members already appeared on your bias list as most of the members were part of different groups in the past. The boys now re-debuted as BLANK2Y and made their fans rejoice that they can continue enjoying music together.

The group officially debuted in May 2022 with the extended play “K2Y I : Confidence [Thumbs Up]“. They released two trailer videos for this EP (teaser 1, teaser 2) and the music video “Thumbs Up” currently over-reaches 13 millions views.

The second extended play “K2Y II : Passion [Fuego]” followed only a few months later and gathered even more attention. And since then the group does not stop in making it bigger. The members became the Honorary Ambassador to Promote Tourism in Korea and Vietnam for 2022 and embarked on their 1st Meet and Live Tour in September and October, touring around Korea, Japan and Brazil to meet their fans.

If you want to get to know the members more, the group has released three preview videos (“Sweetly, “Sexy“, “Lovely“) showcasing the members with different themes. You can also connect with the group on their Spotify, Twitter, Instagram and YouTube.

Are you excited to see what BLANK2Y has in store for us?