BEAST has been teasing us a lot lately by releasing a picture made of individual pictures of the members and have been updating it daily. The photos showed the members holding each other’s hands with a white ribbon. The pictures look really beautiful, but yet quite sad.

The full picture is finally complete now! Check it out below: 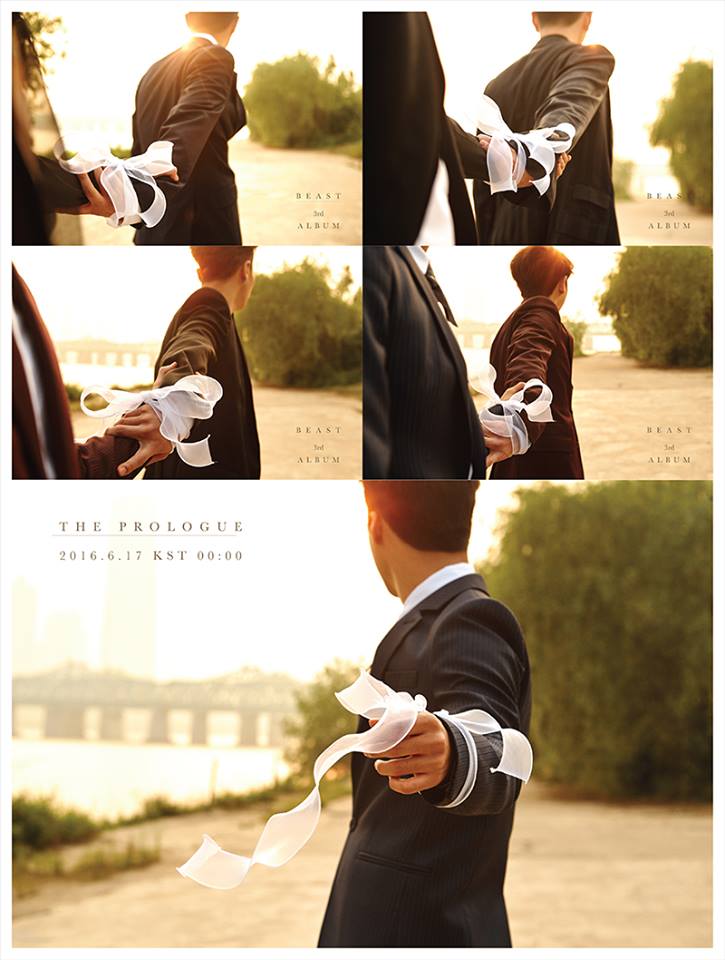 Fans are really excited about their comeback, but also a bit heartbroken because it’s the first time the group will be releasing something without Hyunseung, who’s now pursuing a solo career. Could the white ribbons have anything to do with this issue? In South Korea, girls usually wear white ribbons at funerals; can this be the meaning behind the pictures? What kind of concept will the boys bring this time?

Stay tuned to Officially Kmusic in order to find out everything about BEAST‘s comeback!