BTOB’s Sungjae Is A Charismatic Heir In New ‘Goblin’ Stills

BTOB’s Sungjae Is A Charismatic Heir In New ‘Goblin’ Stills

With stills and trailers mainly focusing on the leads, the production team of ‘Goblin‘ has finally released some new stills of BTOB‘s Sungjae looking his part.

The singer and actor is taking on the role of Yook Deok Hwa, the third generation heir of a wealthy family with some connections to the oh so famous goblin, played by Gong Yoo. Dressed in a gold suit and along with his handsome features, Sungjae is the essence of wealth.

Despite his beagle like personality, Sungjae takes his acting seriously, and has been praised for his cheerful attitude and hard work. The production staff had nothing but good things to say about the singer stating,  “Yook Sungjae was the perfect fit for Yoo Deok Hwa, the goblin’s vassal, who embraces both overconfidence and comedy and warmth. He is a very refreshing character next to Gong Yoo’s immortal goblin.” 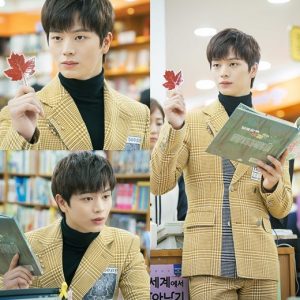