BTS blows our minds with ‘Dionysus’ dance practise including all back up dancers!

BTS blows our minds with ‘Dionysus’ dance practise including all back up dancers!

After BTS’s successful comeback and the beginning of their ‘Speak Yourself Stadium World Tour’ they have continued to release content for Armys to enjoy amongst their already busy schedule. 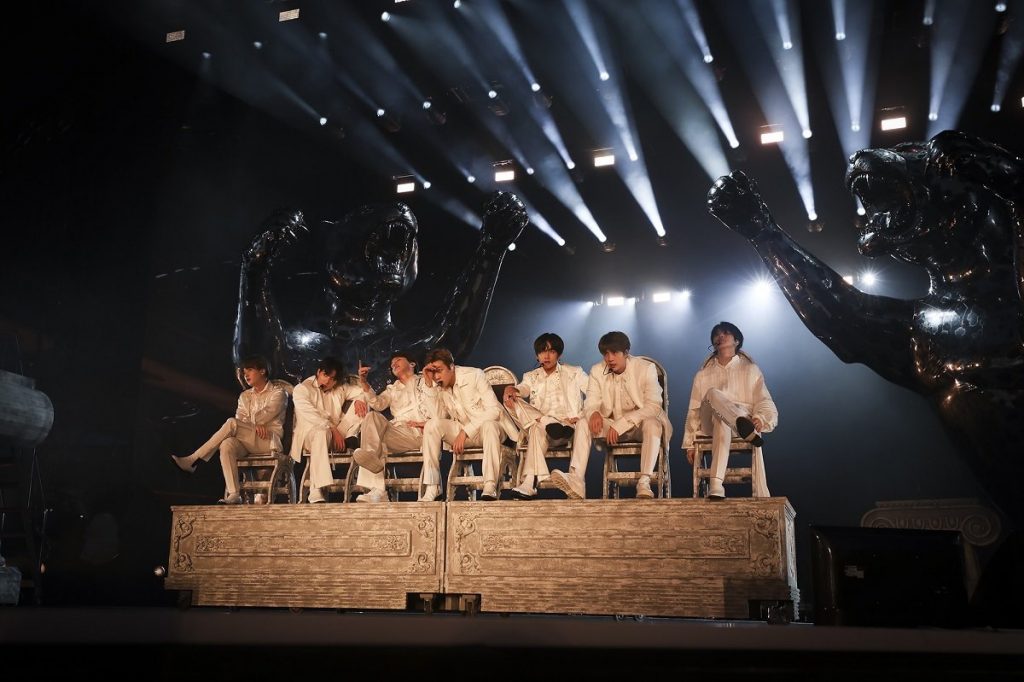 One of their popular songs ‘Dionysus’ in their new album gained a lot of love after they performed it live on music shows in Korea. The dance is different to what BTS usually does with its rock vibe and also includes all of their back up dancers. They have released a practise video including all props and dancers that was filmed before any live shows were done and it seems to just keep getting better and better! Check out the dance practise video below!

Armys around the world are left gobsmacked finding out the choreographer behind the dance is an extremely talented 18 year old female from Hawaii named Sienna Lalau! She recently posted on Instagram apologising for being inactive recently much as she’s been working with BTS. She also announced that herself and her team will be joining BTS on stage during their Rose Bowl ‘Speak Yourself’ show in America!

Check out some of Sienna’s choreography on her official Instagram!

BTS went on to dominate live show stages with the iconic ‘Dionysus’ live performances and having it as the opening song to their ‘Speak Yourself Stadium World Tour’!

What are your thoughts on the ‘Dionysus’ choreography and 18 year old talented Sienna Lalau being the choreographer? Let us know in the comments below!