Are you ready, Armys?

BTS member J-Hope has finally given a date for the release of his long-awaited mixtape. According to BigHit Entertainment, the solo project will be released on March 2nd. Fellow BTS member RM was the first to release a personal mixtape in 2015, which was entitled ‘RM‘. Daegu-born bandmate Suga followed with his mixtape release in 2016, named with the rap moniker, ‘AgustD‘. Both artists chose to make their mixtapes free and accessible to all fans, by releasing them on Youtube, Soundcloud, and Spotify. 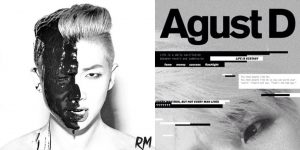 J-Hope‘s mixtape release has been highly-anticipated, especially after his solo rap cover, ‘1VERSE‘. The track featured a catchy trap beat, originally from the song, ‘El Chapo‘ by The Game and Skrillex, and amassed over 4 million plays on their Soundcloud account.

BTS has been gaining worldwide traction since their Billboard Music Award win, and the release of J-Hope‘s mixtape (referred to as Hixtape by many fans on Twitter) on March 2nd is sure to add to what has been an eventful year for the group.