Date set for collaboration between Im Siwan and Jo Hyunah!

Date set for collaboration between Im Siwan and Jo Hyunah!

Serving in the military is no obstacle to releasing new music as far as Im Siwan is concerned!

The duet between ZE:A member-turned-actor Im Siwan and Urban Zakapa‘s Jo Hyunah was announced back in August, and now fans have finally been given some more details!

The collaboration track is titled ‘Tick Tock‘, and will speak about the honest feelings of a couple just before the boyfriend must enlist in the military. The combination of Im Siwan and Jo Hyunah‘s sweet voices with an addictive melody and emotional lyrics are sure to make this sad subject even more touching! 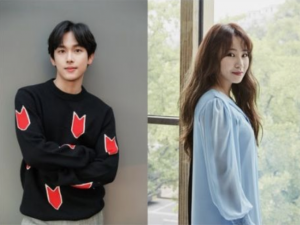 Both Jo Hyunah and famed composer Lee Jae Hak, a former member of rock band Loveholics, have participated in the writing of the song. Lee Jae Hak has previously worked on scores for Korean films such as ‘Take Off‘ and ‘My Paparoti‘. Jo Hyunah and Im Siwan worked on the lyrics for their collaboration piece together!

Im Siwan enlisted to complete his military service in July, so this duet will be his last gift to his fans for a while! Meanwhile, Urban Zakapa member Jo Hyunah was recently confirmed to be one of the mentors on upcoming survival show ‘The Unit‘. ‘Tick Tock‘ will be released at 6PM KST on October 9!