After releasing the first teaser image for their upcoming August release ‘Every DAY6 August’, DAY6 have started releasing individual teaser images of the members.

The new track will be called ‘What Can I Do’ and is reported to be a romantic rock song about a boy in love.

In the images that are being released, there are two images per member.  One is a performance shot and the other is a more relaxed shot.

The first images released are of Sungjin and the second image of seems to be an expansion of the original teaser image that was released.

Check out the images of DAY6 member Sungjin: 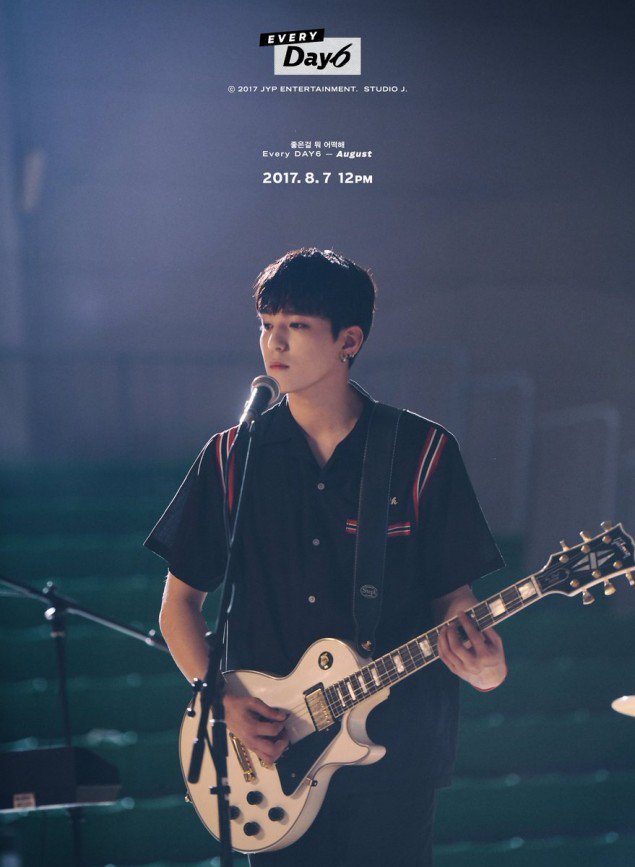 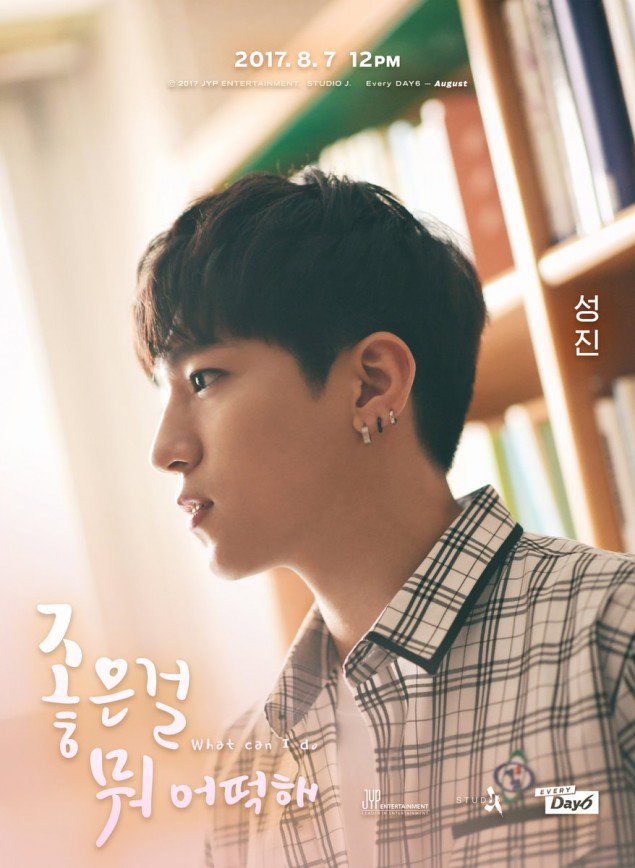 The second set of images that have been released are of DAY6 member Jae.  He looks to be studying or reading notes while walking along a tree lined path.

Check out the images of Jae below: 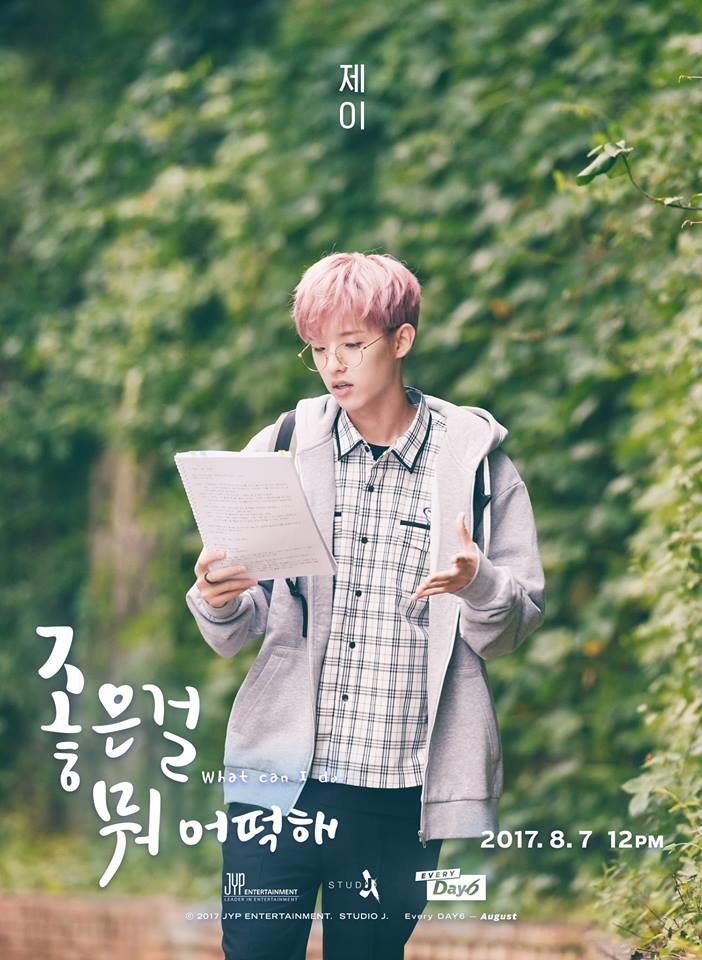 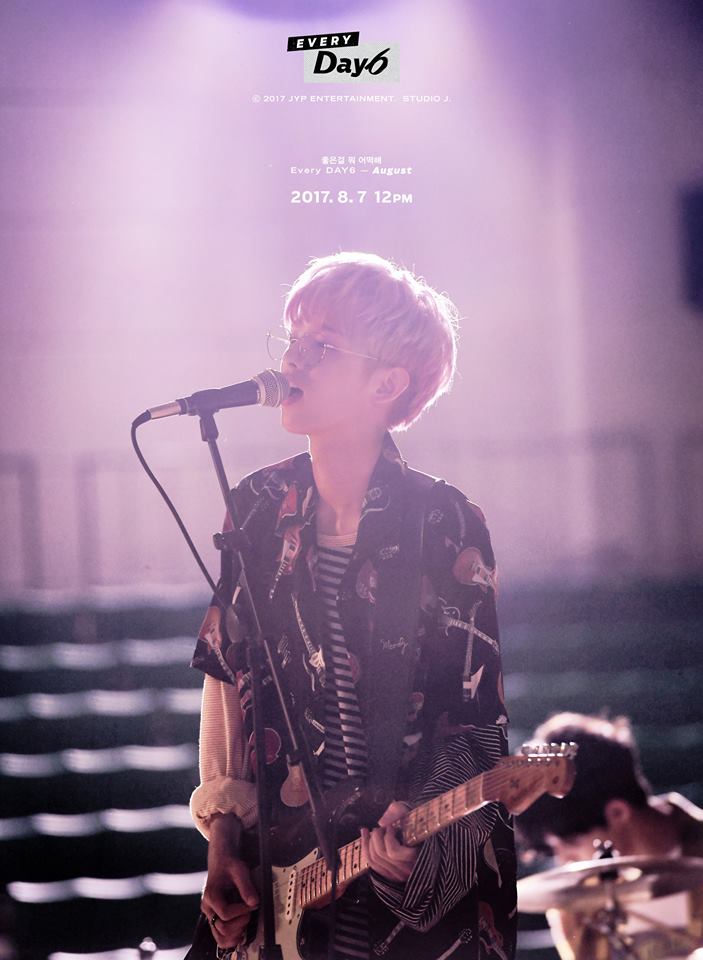 ‘Every DAY6 August’ will be released on August 7 at 12noon KST.

The new release will be part of the Every DAY6 series which started in January and will continue for the remainder of the year with a new release every month.

What do you think of the new individual images?  Are you looking forward to hearing new music from DAY6? Let us know in the comments below.