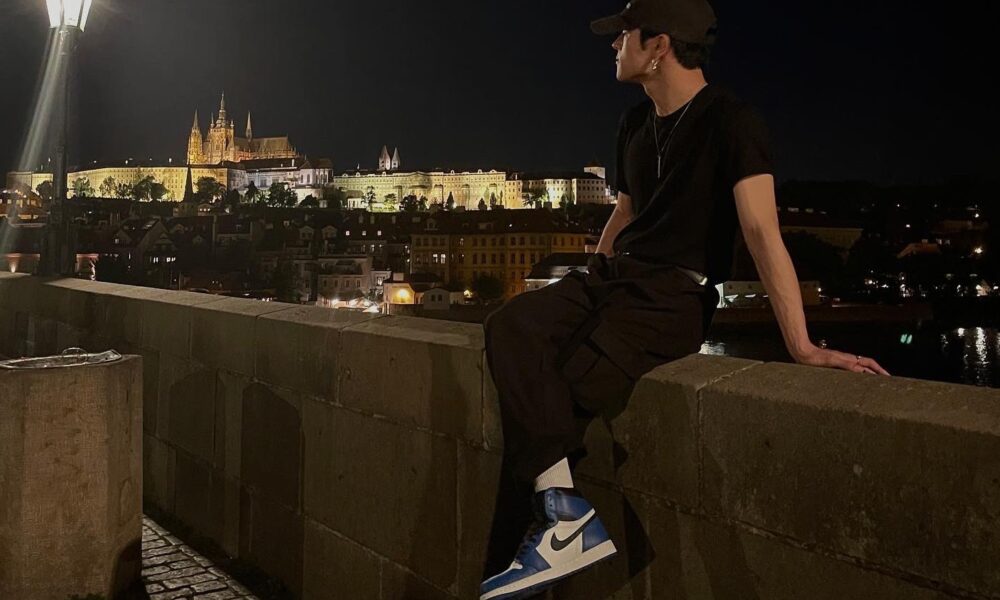 Czech Republic was attacked by tropical temperatures for days, but that changed on 21st July when rain finally graced the land. The first droplets appeared in the air at the same time as the concert of Kim Woojin started, bringing not only the needed drop in temperature, but mainly the most desired moment of this year – a concert of the one and only Kim Woojin.

The artist announced Prague as part of the European leg for KIM WOOJIN 1ST WORLD TOUR 2022 ‘STILL DREAM’ several months ago and it created a wave of excitement among the local fandom. Fans started counting down the days until 21st July when the concert took place at Futurum Music Bar in Prague. Cubs [fandom name] waited diligently in line in front of the venue and their nervous thrill was palpable. When the door finally opened they happily entered the venue, off the scorching heat and into the best night of 2022.

Many moments which almost tore the venue down

The concert started with “Ready now” and upon seeing the artist on stage the fans welcomed him with such enthusiasm and force it was almost deafening. Kim Woojin was accompanied by fans singing along and the melody with their voices filled the space to the last millimeter. Throughout the night the artist performed his other original songs, so the fans danced and sung loudly to the songs “Timeless” (OST of the drama “3.5 Lesson”), “Still Dream“, “My Growing pain” or “In my space“.

The artist also showcased plenty of covers. Among them was “Falling” from Harry Styles and “Sugar” by Maroon 5, during which Kim Woojin casually took out a handful of pink petals out of his pocket and threw it into the air above him and the fans. He sung “Euphoria” by BTS, “Before You Go” song by Lewis Capaldi, “Rock with you” originally by Seventeen or “Easy on me” by Adele for which Kim Woojin sat down on a high chair, singing in a spot of light. The cover of “If I cannot have you” by Shawn Mendes took on another spin by Kim Woojin and the fans supported the sweet performance by clapping their hands in the air.

The singer and his dancers also took it on the stage for a dance break. One allowed his dancers to shine while the second brought yet another ecstatic party feels to the whole venue with the dance cover of BTS´s “Dynamite”.

The ments were plentiful and it allowed the fans and the artist to connect. Kim Woojin teased the fans while picking the lottery winners (fans took a random number at the entrance), asked them for the best spot to visit in Prague or what meal they would recommend to him. The singer also answered multiple questions inputed by fans beforehand and so we got to know, for example, that his bad habit is drinking a lot of water which was deemed as a good habit in the end by the majority of fans.

The loud cheers of “We love you!” and “Kim Woojin!” seemed to linger in the air long after the concert finished and the fans started to line up for their way out of the venue. And to the surprise of many, Kim Woojin stood by the door and personally thanked every single fan for coming to his show tonight. Cubs came out to the cool air of the rainy city, shivering in excitement and overflowing with emotions and shared love for and from their favorite singer.

The tour is going on

The artist shared several photos from the capital of Czech Republic on his official Twitter account. He also made an InstaLIVE after the show where he shared, among other things, what countries are ahead of him in this tour.

Kim Woojin is continuing his Europe tour until 7th August when he is to have a concert in Barcelona. You can still buy tickets for his remaining concert stops via the official artist website.