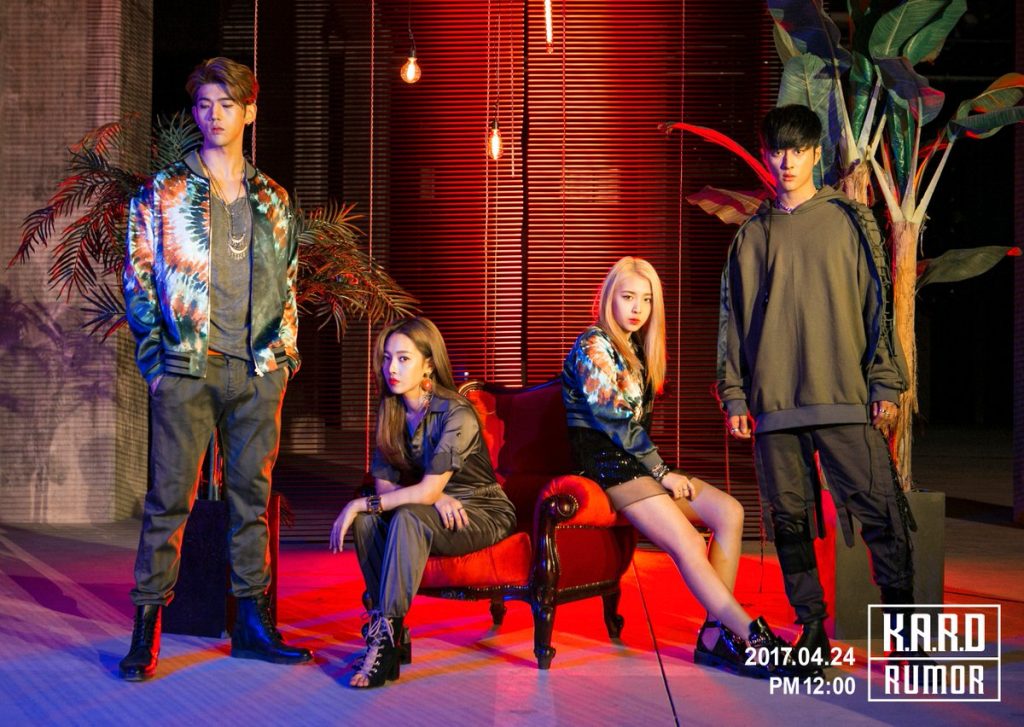 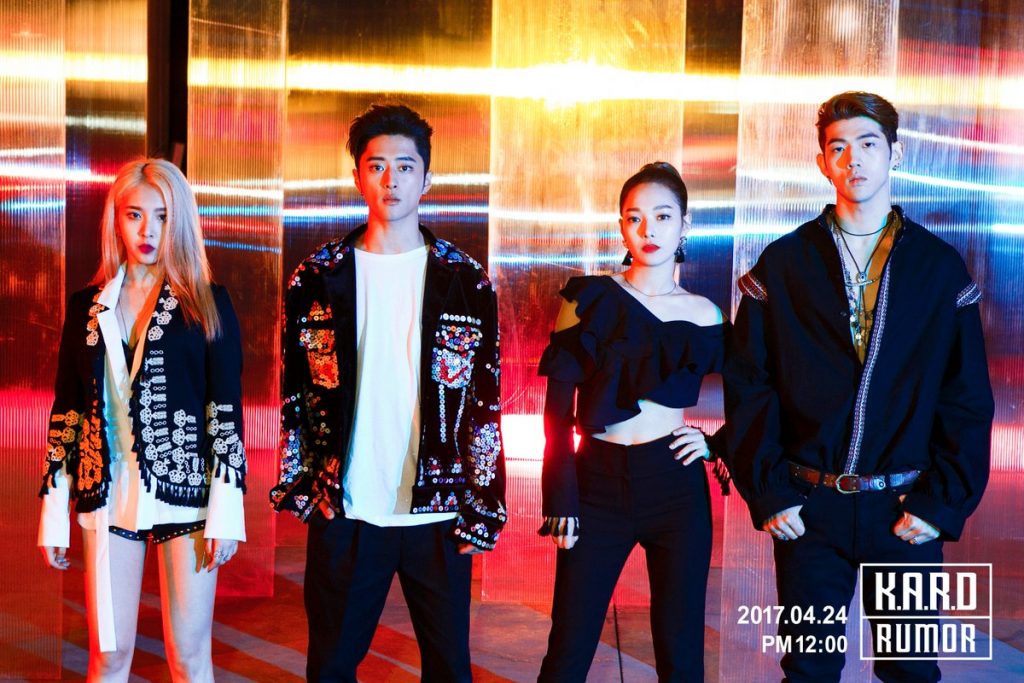 As usual, B.M., Somin, J.Seph, and Jiwoo are looking charismatic with sultry glances. The four members pull off coordinating outfits as they pose together, side by side. The first image shows them all sporting more casual, army-green clothing while the second shows them looking a bit more dressed up in black. The teasers have a very similar feel to the ones from past promotions which raises curiosity about whether or not the sound will be similar as well.

DSP Media previously announced that the comeback itself will be on April 24, which is just a few days away! As the group continues to gain global fans even before officially debuting, more and more listeners are pumped to hear the new song. How much of a K.A.R.D have you already become? Let us know in the comments below.

Scroll for more
Tap
Lee Hae Ri Makes Her Solo Debut With ‘Hate That I Miss You’
Junggigo Brings You ‘Across The Universe’ For His Music Video!
Scroll
Loading Comments...