With today’s technology, the world is smaller and tighter knit than ever before. Recently, Lee Min Ho caused an international stir with a rumor that he was dating one of the world’s most beloved pop sensations. The rumor that Taylor Swift and Lee Min Ho are romantically involved have been sweeping social media since the rumor was first brought up. The internet has already given the supposed couple a couple name: Swift-Lee.

Fans took to Twitter to express their feelings on this supposed new love interest. Some of the comments are far from excited on the rumor. 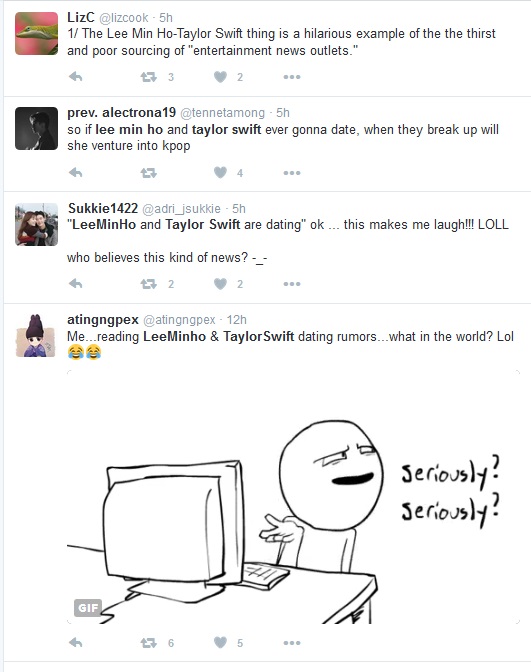 Everyone can sigh in relief that these rumors are totally false. However, Lee Min Ho still has some unanswered questions for fans in regards to his current girlfriend Suzy. The two began dating last year, and rumors have been circulating that the two have split. Unlike the Swift-Lee rumors, both of their companies have said the two are still together. As for now, Lee Min Ho and Suzy are still dating, unless otherwise said by the two themselves.

How did you react to the news of a possible Swift-Lee? Let us know in the comments below!