MelodyDay Released The Track List For ‘Kiss On The Lips’!

MelodyDay Released The Track List For ‘Kiss On The Lips’! 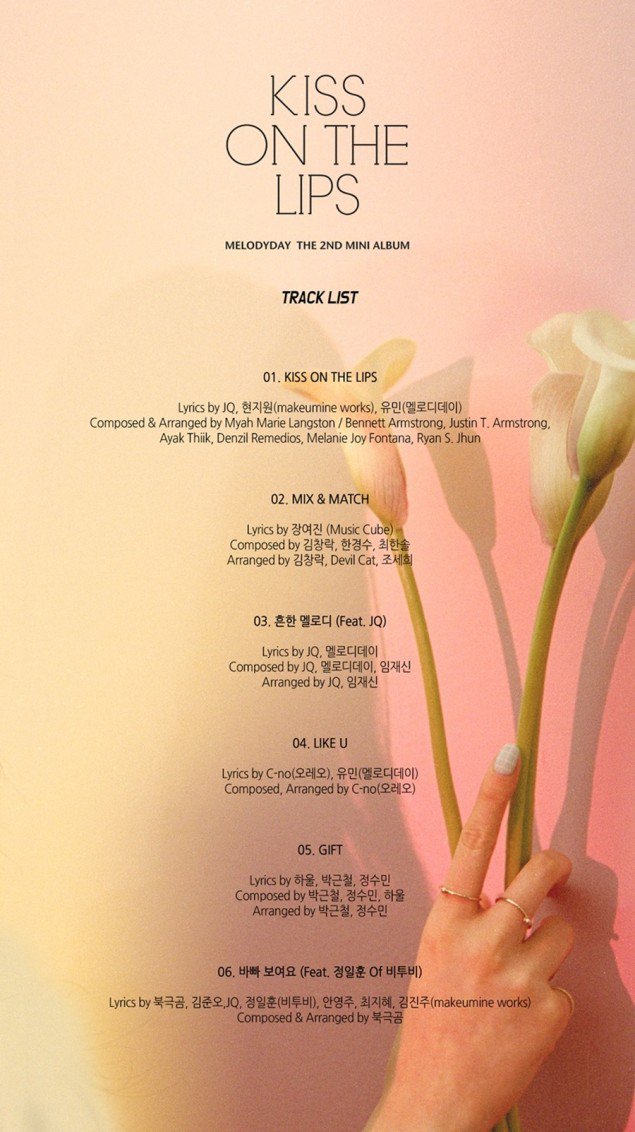 Just like their other teaser images, it also features a beautiful white tulip with a pink-colored dreamy background and a silhouette of a girl. In the image, it also reveals those who helped with the lyrics, helped with composing and arranging the tracks for this album. Many of the tracks had member Yoomin’s  participation in writing the lyrics.

Other tracks that are in this album include ‘Mix & Match‘, ‘Like U‘, ‘Gift‘ and ‘You Seem Busy‘. ‘You Seem Busy’ also featured BTOB‘s Ilhoon, which was released before.

MelodyDay will be back on the 15th of February.  So be sure to stay tuned to Officially KMusic for more updates.

What do you think these tracks will sound like? Let us know in the comments below!