Over the years, the variety show, Running Man, has gained millions of views all over the world. One of the reasons behind their popularity has arise from the many betrayals on the show! It has so many betrayal moments where there is a club containing Lee Kwangsoo, Haha and Ji Suk Jin! Now, Officially Kmusic will bring you down a memory lane to highlight some of the best betrayal moments. So, check it out below!

Even though Yoo Jae Suk isn’t part of the betrayal club, this one will highlight maybe one of his worst mistake! Yoo Jae Suk has decided to betray his partner, Choi Min Soo. Choi Min Soo can be quite scary whenever he wants to be, so you can imagine what goes down because of this betrayal. It ha started the Grasshopper Hunting episodes that are quite legendary to watch. It was quite funny to see how serious Choi Min Soo was after the betrayal, vowing that he will be back for revenge! 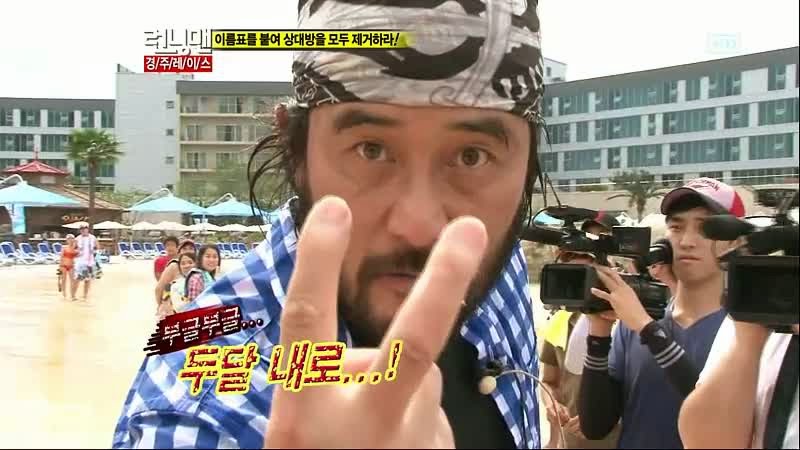 This episode was quite hilarious. There was not one point that was not engaging at all. On top of that, the guests was very interactive and was very into the game. They have tried their best throughout the whole episode. One of the highlight from this episode is Lee Kwang Soo betraying Haha. This particular part, Haha and Lee Kwang Soo has promised one another not to rip one another’s tag. So, when Gary was targeted and Haha’s back was exposed, Kwang Soo couldn’t help himself but rip of Haha’s name tag. It was quite epic cause once Kwang Soo was out and had to meet Haha, he explains his obsession to betray people!

This episode is all based on majority voting system. For this episode, the members had to look for supporters that fit under their different category. For Haha, he had to find someone who was a school president. Kwang Soo happened to know someone who is a school president and offered to swap numbers as long as Haha exchanged a number that fits under the supporter category. Kwang Soo begins his betrayal notion by calling his friend and tells him to store some time. Haha did the same thing! However, the person who took victory for this betrayal moment was Haha. He had pranked Kwang Soo by saying he knew someone under Kwang Soo’s category and drags the time out. However, in fact, he had no one under that category, causing Kwang Soo to waste time waiting around!

This episode had two particular betrayal moments that stood out. The first part was the Running Man crew versing much stronger opponents. When Haha and Song Ji Hyo was placed under deep pressure, the two have decided to betray Gary and leave him there to fight against two strong opponent. It was obvious that Gary couldn’t handle two people at the same time so he was eliminated. He then made the comment that this was the worst betrayal he has ever experienced in his Running Man life. On top of that, since the whole crew had wrong the event for Suk Jin, Suk Jin had the choice to keep the rings for himself or give everyone one. Well guess what? He decided to betray everyone who helped him win this event and took all the prize for himself! 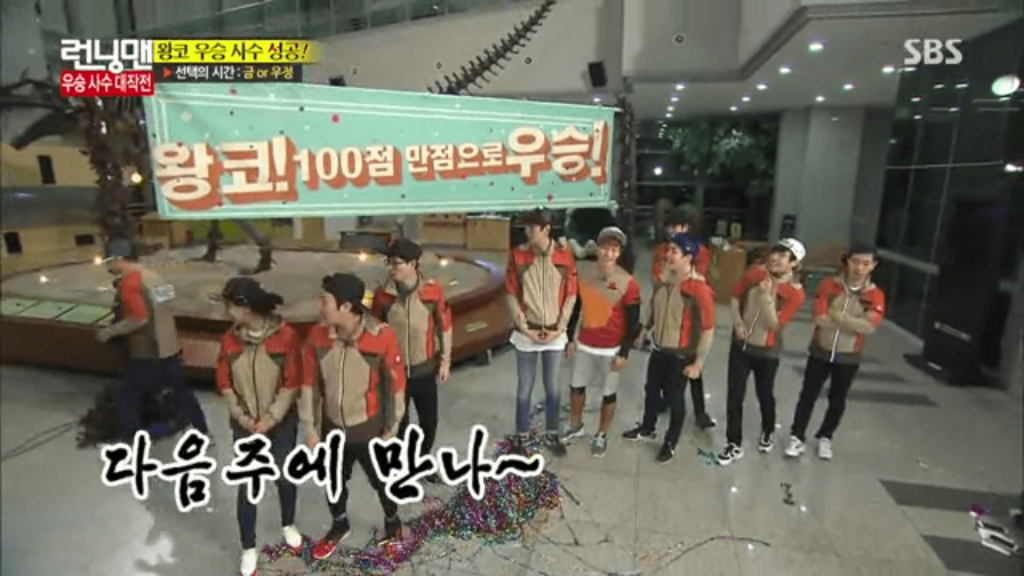 This episode was hilarious! Kwang Soo has always been known for his betrayal acts but it is quite hilarious to see when Kwang Soo gets betrayed instead. What makes this one of the highlights is the fact that a guest had betrayed Kwang Soo. It was when Kwang Soo and Somin had to choose whether or not they wanted to swap wallets or swap partners. Kwang Soo chose wallet while Somin chose partners. Thus, this meant that Somin wanted to replace Kwang Soo. On top of pushing Kwang Soo aside, she had also kept money for herself without Kwang Soo knowing. It was funny since Kwang Soo did not expect it at all!

This episode’s main highlight is fill in their bingo sheet and eliminate people to get their wanted lines. So, as expected, many members want to eliminate Kim Jong Kook first. Thus, members come together and team up to find Kim Jong Kook. Now, Yoo Jae Suk partners up with Kwang Soo to find Jong Kook. However, along the way Kwang Soo said he saw Jong Kook, making Jae Suk to bare his back with no defense. Kwang Soo took this opportunity to rip his name tag, causing Jae Suk to explode at the betrayal. This betrayal is definitely iconic, where Kwang Soo is seen in his main area of expertise.