S.O.U.L, which stands for “Sound of Ultra Light“, has just released their track list for their mini album. Their released this mini album on October 11th. This unit group consists of Astro‘s Cha Eunwoo, Ahn Hyoseop, Jung Yuan and Bang Jae Min from Mnet‘s ‘High School Rapper‘. They released their debut MV ‘Get Myself With You‘ on October 2nd, 2018.

This unit group was formed for the purpose of a new web drama called ‘Top Management‘, starring Cha Eunwoo and Ahn Hyoseop. It will be the first Korean drama to be released and produced by Youtube Red.

Check out the track list for S.O.U.L’s mini album below! 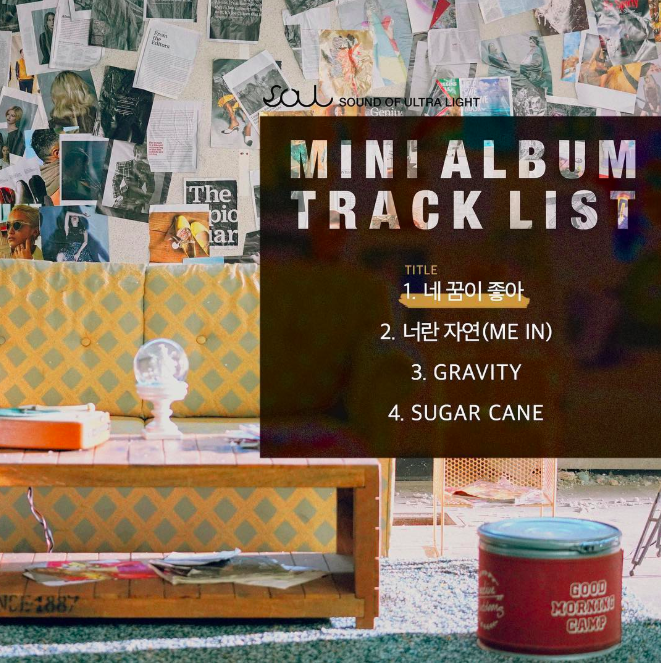 Their mini album contains four songs: title track ‘Get Myself With You‘, ‘Me In‘, ‘Gravity‘ and ‘Sugar Cane‘. It is not available on music streaming websites such as Spotify.

What do you think of S.O.U.L‘s mini album’s track list? Let us know in the comments below!

Scroll for more
Tap
Zion. T reveals the album packaging details for ‘ZZZ’!
SNSD Yuri shows off her smooth movies in dance practice video for ‘Into You’
Scroll
Loading Comments...