For those who are unfamiliar with the Rat Pack, they are easily the most iconic music group in history. They were the original gang of cool, and still manage to hold legendary status. The group consisted of famous names: Frank Sinatra, Dean Martin, Sammy Davis Jr, and Joey Bishop. The group sometimes added members along the way, adding to their immense talent. This conglomerate of talent transcended multi-mediums in Hollywood during the 1950’s and 60’s.  They made films together, toured together, even made Las Vegas the popular hangout for anyone “cool”. The talents of this group went well beyond their obvious on stage talents, but also touched on their amazing chemistry when they were on stage together.

As a massive Shawol, I have always seen something special in SHINee that I have not seen in any other groups I listen to, this includes American acts as well. They embody cool, even though they are funny and witty at the same time. Until recently, I could never put my finger on who SHINee reminded of. Here are five reasons why I believe SHINee are the modern day Rat Pack.

1 Born Performers
This one is a no brainer. SHINee wouldn’t have been put together if they did not have the talent to be in a group. All five members bring something incredibly unique to the world of music, even going beyond their native Korea. They have a huge following in Japan, even giving Taemin a solo career there, and manage to sell out shows across North America. This feat has been made by many, but not many have had the massive impact that SHINee has. This is major Rat Pack status. The ability to create an era with simply a name, is something only the original gang of cool has been able to do.

2. They Shine In Any Artistic Outlet They Attempt

Their group name is not only a play on words, but, also a true definition of their talent. Nearly all of them have gone past music, attempting sports, musicals, films, dramas, just to name a few. This is a characteristic of what the Rat Pack members had. Onew, Key, and Taemin have all become stars of the stage, taking on their musical ambitions. Minho is no stranger to sports, and just recently starred in his first major role in a film. Jonghyun is the production mind of the group, as well as some of the biggest hits in K-Pop. Individually, a completely different article can go into detail of each members personality, but to keep things short I’ll end with those attributes. 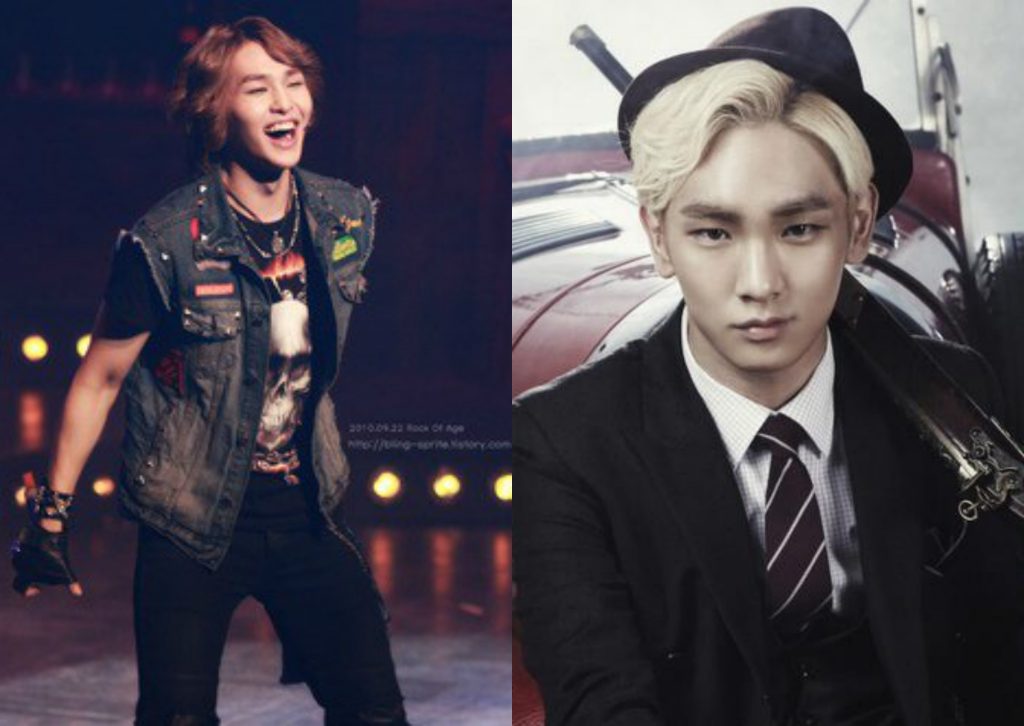 Left photo shows leader Onew on stage during his time in the musical Rock Of Ages. The left photo is a promotional still from Key’s production of Bonnie and Clyde.

While SHINee are seen as a musical group, they share many similarities with the Rat Pack in this category. For example, Frank Sinatra was an avid film star and musical performer. Sammy Davis Jr was a master at gun slinging, landing him roles in western films. Dean Martin had a variety of talents before joining the Rat Pack. He had a comedy duo with Jerry Lewis, which granted them many of their own radio and television shows. He also had his own variety show in the 1960’s, as well as a show where he roasted famous celebrities of the time. It was also Frank and Dean who set the standard for cool attire as well, who were never seen on stage dressed in anything other than a suit. 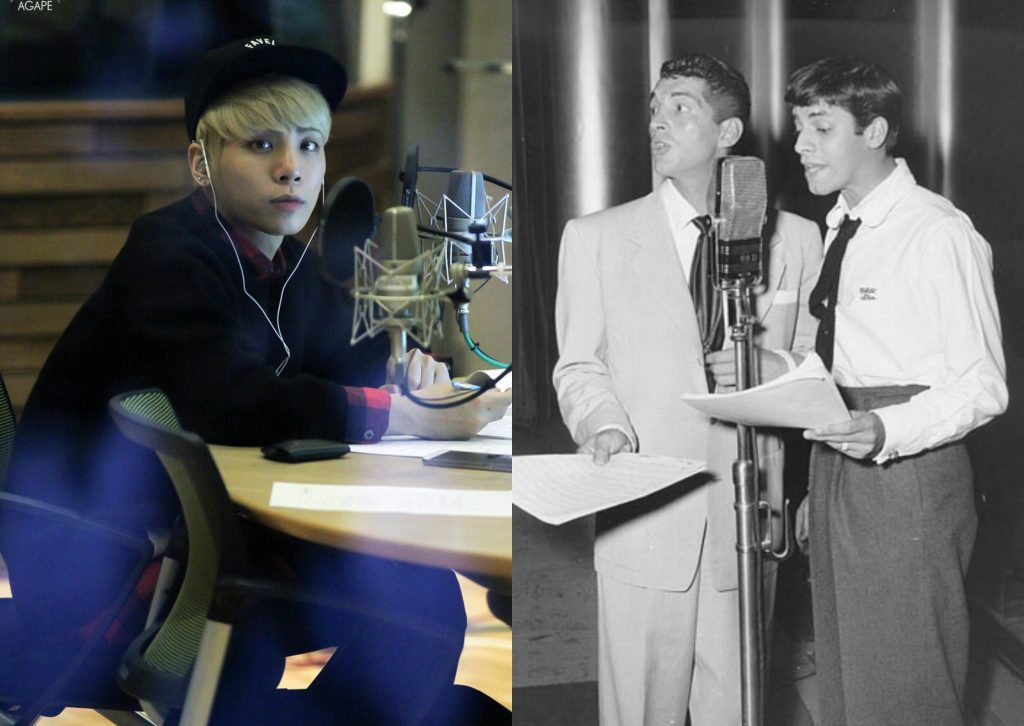 The fact that SHINee has so many endeavors they’ve succeeded at so effortlessly, is another major reason they are the modern day rat pack.

3. They Put On An Event, Not Just A Concert

It wasn’t unusual to see the Rat Pack at a show, and see how relaxed they were, yet they somehow managed to put on a spectacular event without even trying. Whether it was a Las Vegas showroom, or an arena, the Rat Pack always drew in a massive crowd.  SHINee, like the Rat Pack, also manages to do this. It’s not uncommon for amazing stages to be a norm in K-Pop, but it’s the personal touch SHINee has when at a concert. When they’re not dancing their hearts out, they talk to the audience like they’re friends. They also manage to mix things up by performing covers of songs, one example is when Onew covers Italian opera. The banter between the members, and the audience,  is also very reminiscent of the Rat Pack, something they were well known for.

Two videos I selected below show what I mean. One shows SHINee on stage teasing Key; and the other shows the Rat Pack goofing around and picking on Sammy during a performance.

4. They Have An Untouchable Charisma

Their recent Japanese release ‘Get The Treasure‘ they sport a spy like persona as they look dashing in suits. The “Noir” theme in K-Pop seems to be a recent trend, but SHINee took that trend and flipped it on it’s head. The music video resembles the ‘Oceans Eleven‘ film, which star the Rat Pack. A group of heist men are assembled to rip off a chain of casinos on the Vegas strip, and run into some trouble along the way. ‘Get The Treasure’ appears to be very similar, ending in a shootout. They even sport fancy suits, as they maneuver through a scene of chaos, never once breaking a sweat. This is the cool factor I keep referring to, it’s an untouchable charisma.  This has been a trend in their recent comeback as well, often seen in photo shoots looking dapper in suits. SHINee are growing up, and presenting a new image for themselves. 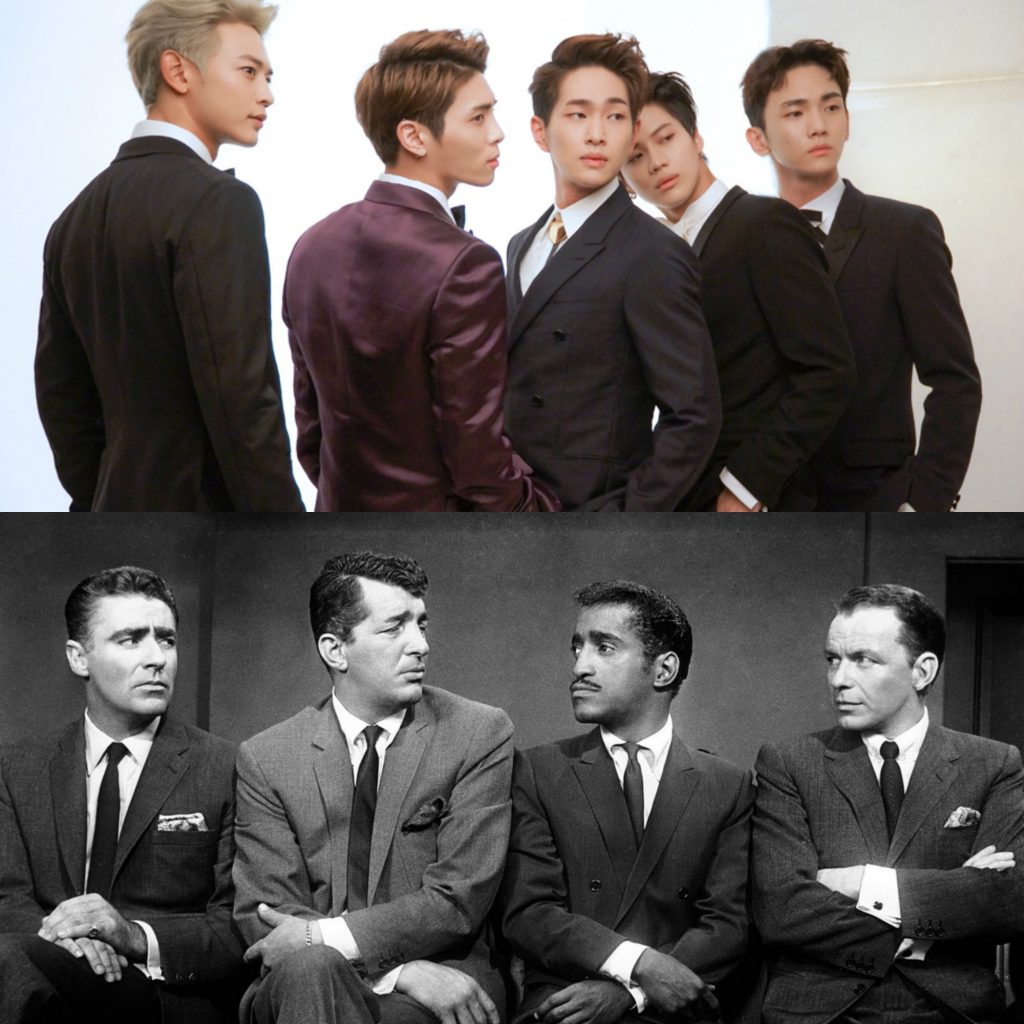 5. They Speak To Multiple Generations

Even though Onew is the oldest at 28, and Taemin being the youngest at 24, SHINee has managed to reach many generations. They have been extremely active in K-Pop for nine years and have managed to dominate each comeback they have. SHINee has to deal with the struggles of new and cuter groups like label mates NCT Dream, as well as the harsh demands to keep up with the changing music market, and they have done this surprisingly well. They haven’t lost any members in their nine years together, and have dominated international markets while doing so.
The Rat Pack faced similar feats in their twenty plus years as an active group. It was no secret that Frank Sinatra hated rock ‘n’ roll, in an era that was dominated by the changing times. Elvis was responsible for the fall of the big band genre, causing Sinatra to take a backseat in the music scene. When the Rat Pack, most of them at least, reunited for a final tour, it skyrocketed the group back into massive success. Still today they manage to transcend generational walls, making them a legendary group.
SHINee have managed to take step aside when new talent becomes popular, only to reemerge stronger than before. 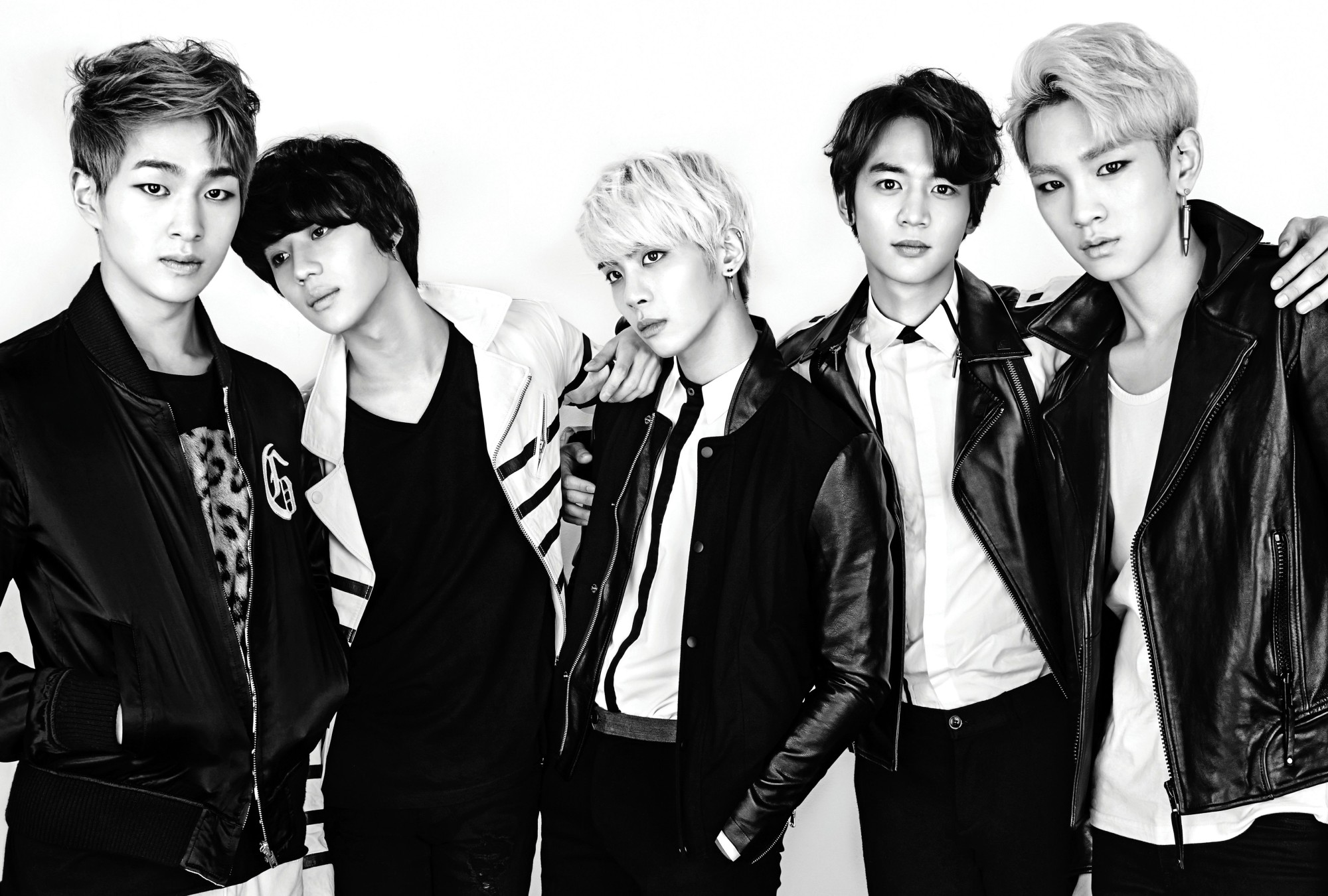 What do you think? Do you think SHINee are the modern day Rat Pack? Let us know in the comments below!

To keep up with all the latest in K-Pop, be sure to follow Officially KMUSIC!