T-ara Confirmed To Disband: 4 Out Of 6 Members Renew Contract

T-ara Confirmed To Disband: 4 Out Of 6 Members Renew Contract

Sadly, another girl group disbandment is under way for 2017. It was recently confirmed that the 6 members of T-ara will not be continuing on as a group. 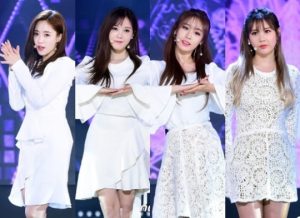 It was reported that only 4 members, Hyomin, Eunjung, Jiyeon, and Qri would be renewing their contract with MBK Entertainment. Unfortunately, Boram and Soyeon have decided to part ways with the company. According to MBK, “Some members of T-ara decided not to renew their contract with MBK, and the album that comes out in May is the last album by all six members.” Though this is sad news for QUEENS, the group will be making one final comeback as a full group on May 17th!

Good luck to all 6 wonderful ladies in all that you do!