Tablo, Eric Nam and Gallant. You’re sure to know at least two of these names if you’ve been into KMusic for a while. While Tablo is a renowned YG artist, producer, leader of Epik High and founder of the label HIGHGRND, Eric Nam is a vocalist and best known as the ex-host of interactive show, After School Club. If you didn’t know the name Gallant, well you’re probably not alone. But one thing is for sure, and that is after his stunning performance at MAMA 2016            he is definitely rising in popularity in the East.

The American R&B singer/songwriter teamed up with Tablo and Eric Nam while in Hong Kong and filmed a music video for their collaborative song. News of the music video being filmed and going into post-production was released by Eric Nam’s agency, CJ E&M.

The trio previously recorded a song titled ‘Cave Me In‘ and also appeared together in W magazine, at the end of November. During the interview all three expressed their views on working together. While Tablo spoke of his gratitude, Gallant considered it an honor to work with the other two artists and Eric Nam stated that: 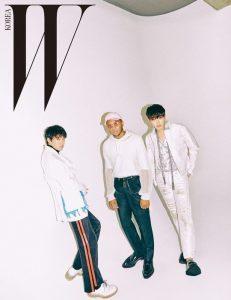 It will be very interesting to see what kind of sound these three talented artists have produced as well as the concept they used for the music video. The release date for the video has not been confirmed yet, so stay tuned for updates!

What do you think about this collaboration?