South Korean girl group, TWICE is slaying all the music charts! It’s no surprise considering that it’s a comeback song from one of the most popular groups in K-Pop!

A mere hours after the song was released, it has skyrocketed to number one on a total of eight charts including Melon, Mnet, Bugs, Naver, Olleh, Genie, Monkey3, and Soribada with an all-kill and currently trending all over Korea. The girls achieved this positive outcome within just four hours after the release of music video ‘KNOCK KNOCK’. 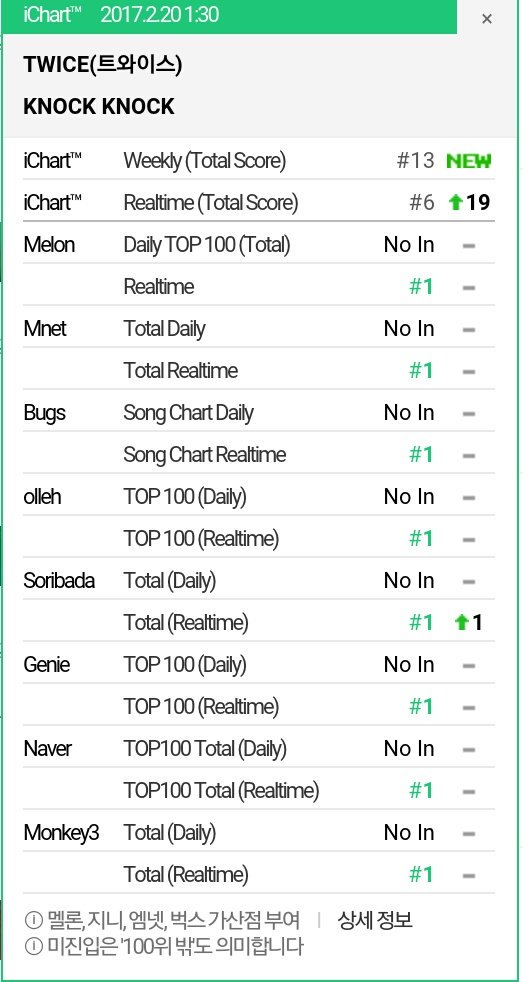 Congratulations to TWICE and ONCE.  Don’t forget to give the song a listen again and let yourself be enchanted with catchy lyrics.

Scroll for more
Tap
BTS Is Here To Say ‘Not Today’ In Jaw Dropping Music Video!
100% Brings All The Emotion To ‘Sketch U’ Teaser
Scroll
Loading Comments...