Undoubtedly one of the most anticipated stages of MAMA 2016 was the mysterious collaboration between American rapper, Wiz Khalifa, and a surprise K-Pop artist. However, on the evening of the actual awards, the rapper took the the stage alone and performed ‘See You Again‘, one of his hit collaboration songs with singer, Charlie Puth. Despite performing alone, with just an audio backing track of Charlie Puth’s vocals, he managed to pull off on the evening’s best stages. But this left everyone wondering what happened to the artist who was meant to join him on stage.

Watch his stage below:

Girls’ Generation’s Taeyeon was then revealed to be the artist meant to share the stage with the rapper, but apparently cancelled the performance at the last minute. Wiz Khalifa then took to Twitter that evening, saying it was unfortunate that Taeyeon had backed out. After his claims, the singer uploaded an explanation to her social media to prove that she hadn’t cancelled the stage herself, but that it was actually due to audio issues.

Below is a fan account translation of her statement: 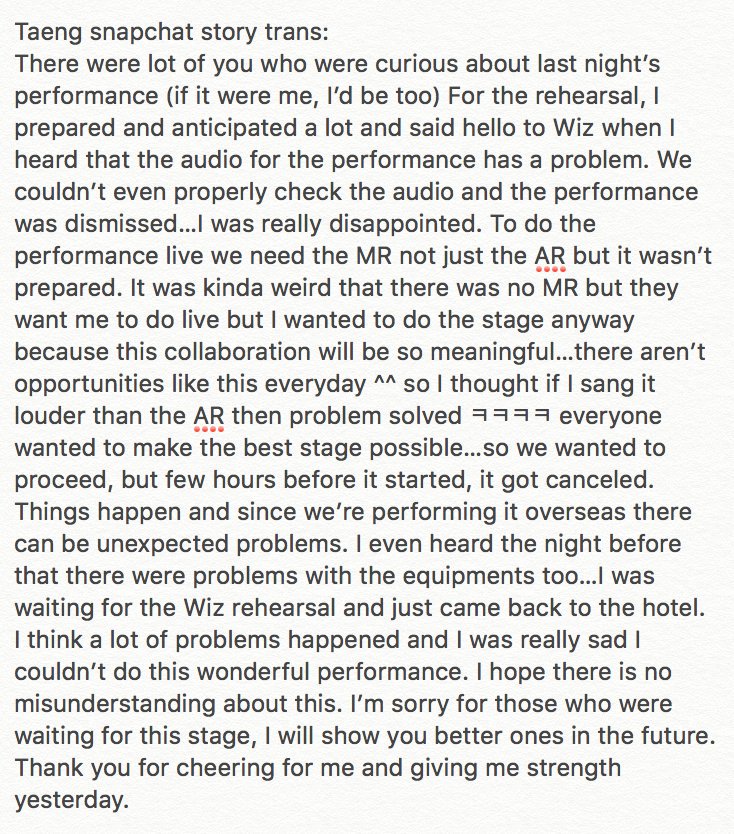 But the rapper was not backing down so easily and took to Twitter again with new claims that Taeyeon cancelled the performance after needing to go to the hospital the night before. 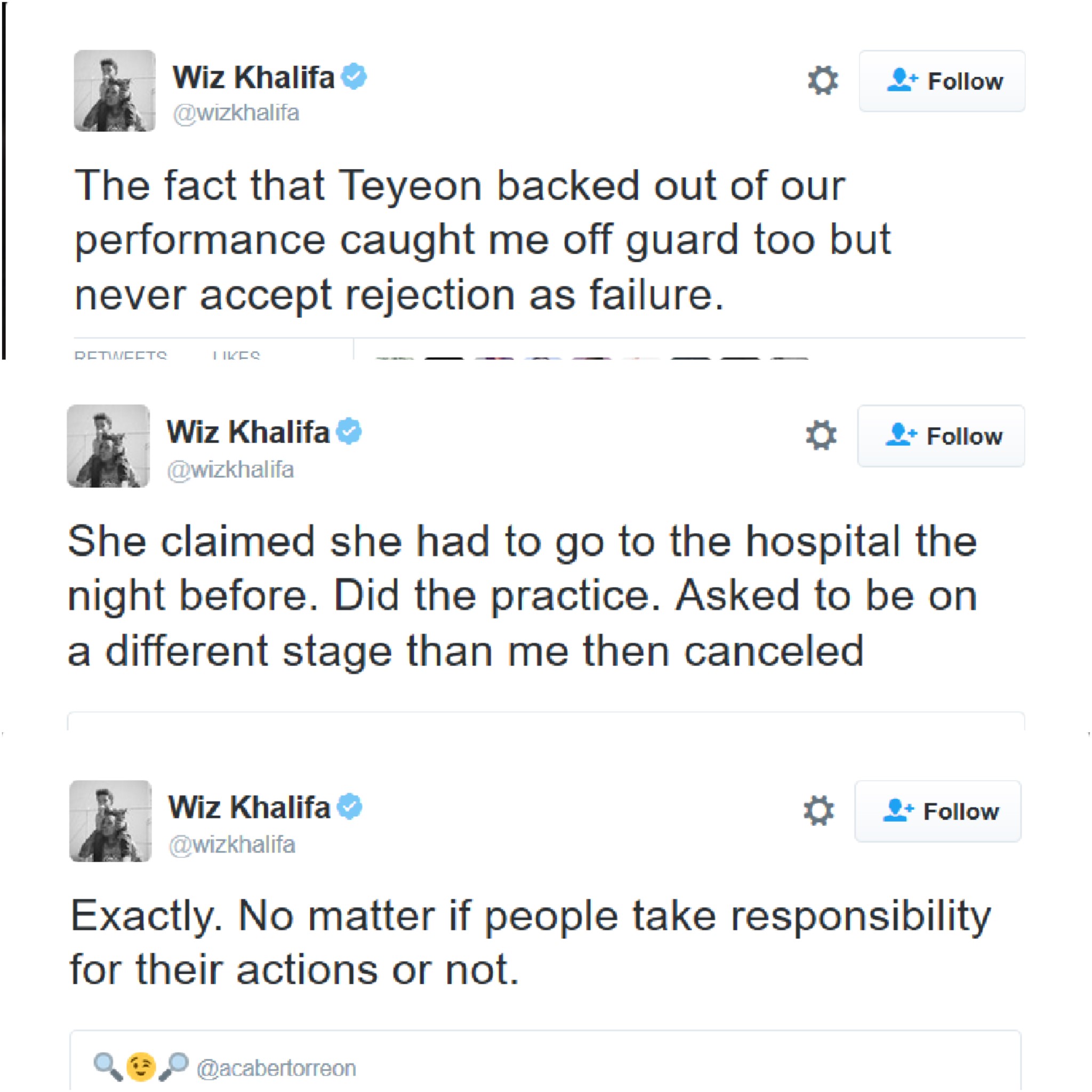 Proof that the stage was meant to take place was uploaded in the form of a practice video. The video was later taken down but DJ Bonics, the one responsible for the video upload, decided to tweet himself about why the stage was cancelled.

A Korean Pop star Taeyeon was suppose to perform this with Wiz and backed out last minute. Here's a snippet. #mnetasianmusicawards #mama2016 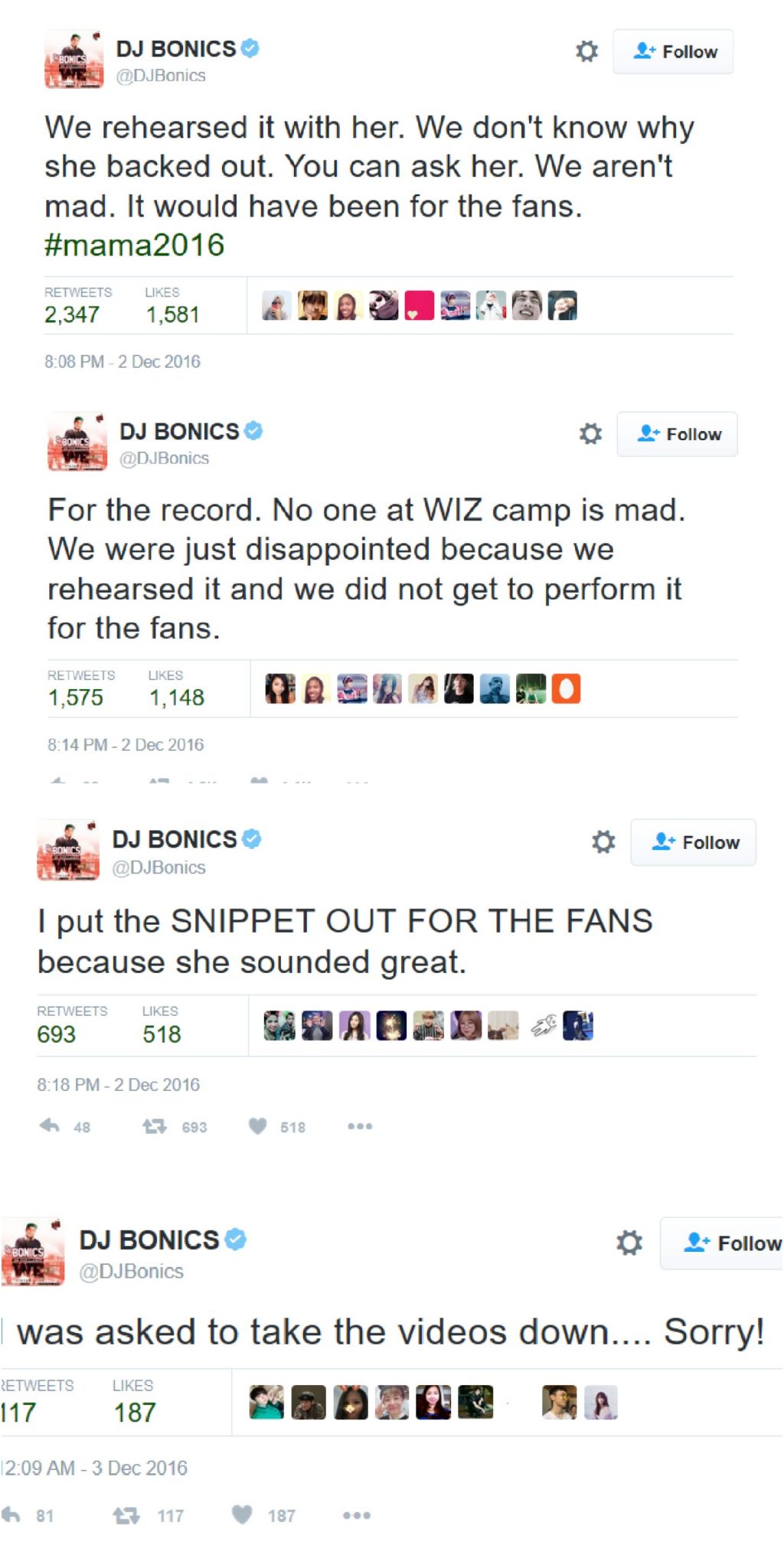 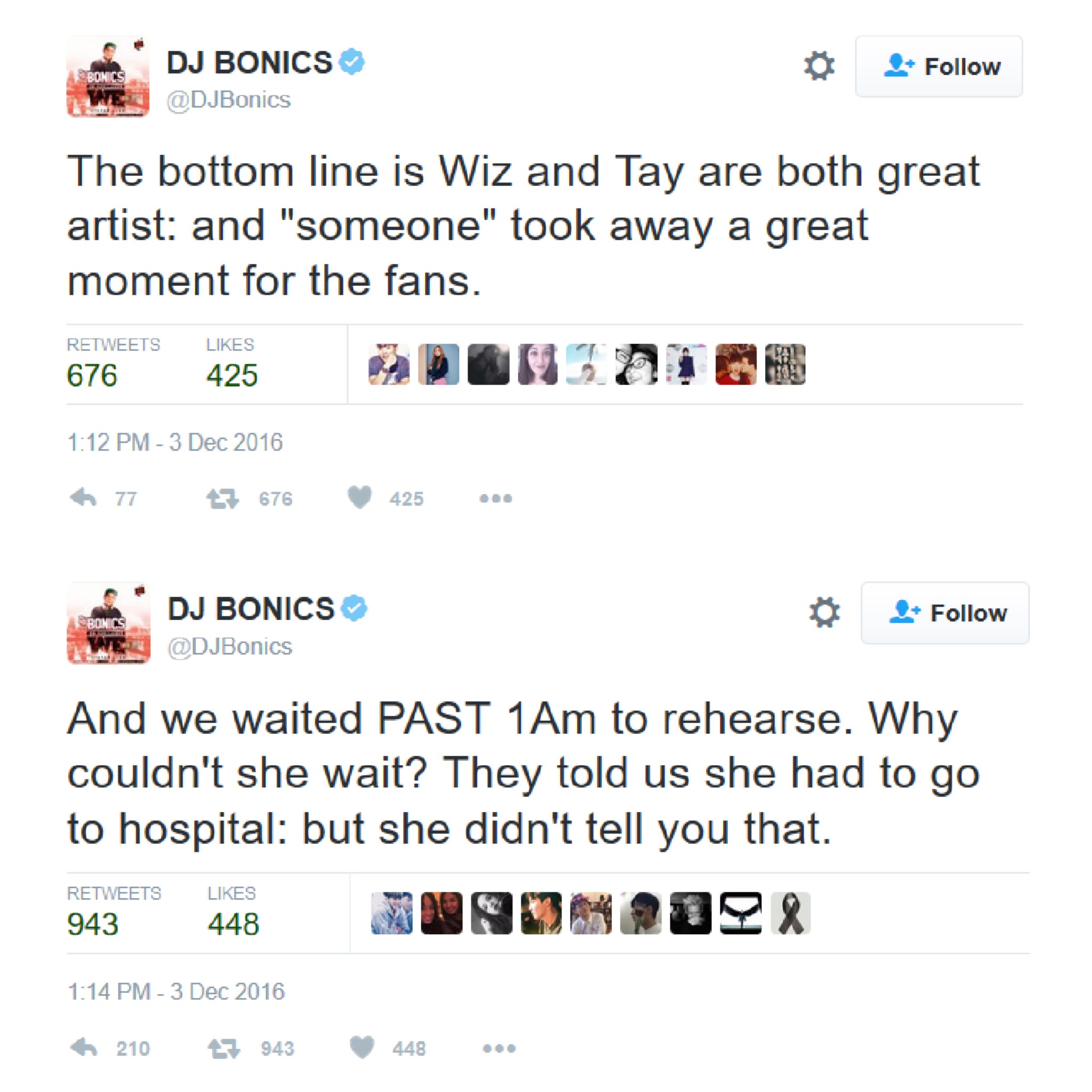 After the claims she had visited the hospital, Taeyeon responded that she had actually been in her hotel room, washing up. She also included a Snapchat with a time stamp to prove it. 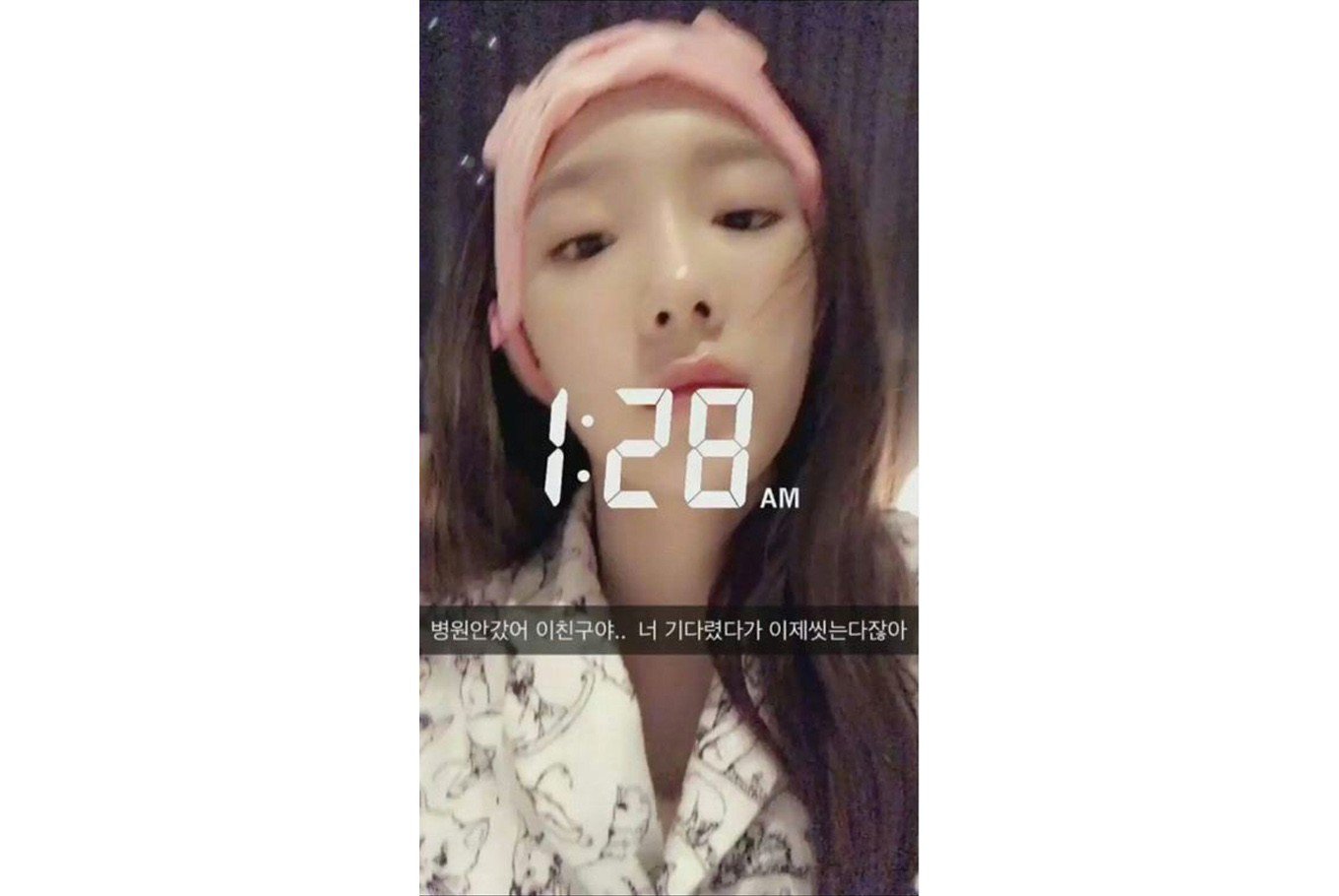 The ‘beef’ between the two artists began trending on Twitter but there has since been no response from MAMA as to why the stage was really cancelled. Whether audio issues where to blame or not, it seems we may never know. But one thing is for sure and that is this collaboration stage would have been one of the best things to come out of MAMA 2016. Well, there’s always next year and we can hope that both Taeyeon and Wiz Khalifa decide to give their duo stage a second chance.

What did you think of this controversy?