In the song he expresses pure and innocent feelings of a boy who is in love. Boys are visiting a friend who seems to be living alone away from the town and Yu Seung-Woo is a person who has an unexpected connection to them. Watching the video I figured out it is a beautiful, yet heart breaking story. And in the beginning, something totally unexpected occurs. I leave it up to you to watch and find out. Also be ready to control your heart! 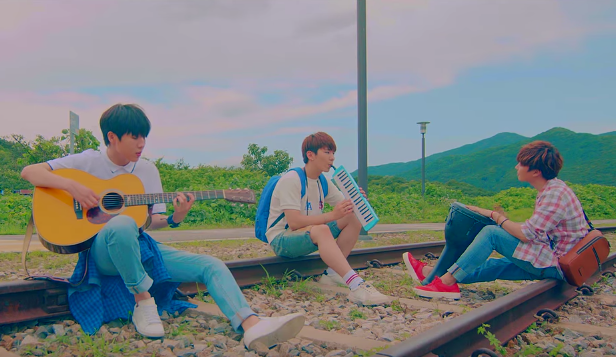 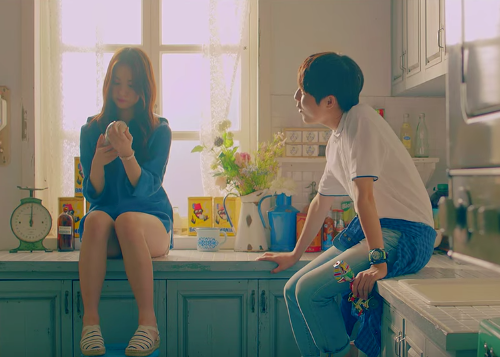 This 1997 born fabulous young artist, who rose with MNET’s Superstar K4, released his first mini album titled ‘First Picnic’, on May 2013. In the same year he featured San E for the track, ‘U who?’ and was nominated for the Mnet Asian Music Award of Best New Male Artist. In 2014 he returned with his second mini album titled ‘Already’, of which the title track is ‘Hesitating Lips’, another great release of the artist. One of my all-time favorites. He also released a couple of sound tracks for drama series later that year.

Here he is again. There’s no easy explanation to describe his voice. Romance is carved into his vocals and the more you hear, the more you will want.

Not just that, beside Seung-Woo, Jeongmin of Boyfriend, Kihyun of MonstaX and Eunha of Gfriend appear in video. I enjoyed every bit of the song and video!

Scroll for more
Tap
SHINee Is All Set To Be ‘Married To The Music’!
K-EXCLUSIVE: BigBang MADE in Malaysia
Scroll