April have delighted fans with a graceful choreography version of their latest track ‘The Blue Bird‘. In the MV, the members have all dressed angelically in white and show off their elegant dance moves in a beautiful hall setting. ‘The Blue Bird’ is April’s latest release, the title track from their newest album ‘The Blue’ which dropped earlier this month.

Meanwhile, the talented group has been busy preparing for their Japanese debut, ‘Tinker Bell’ and recently dropped two more group teaser images. You can check out the first teaser, which showed the girls posing pretty in pink, here.

In both newly released group teasers, the girls smile as they don matching white dresses. The first teaser is taken in a beautiful garden full of colourful flowers, and the second shows the girls in a bedroom that looks decorated for a party! 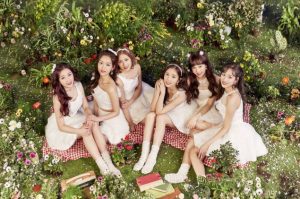 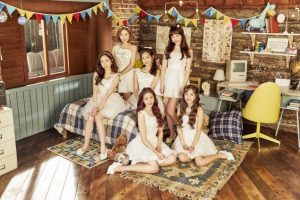 The Japanese debut album will be called ‘Tinker Bell’ – the original Korean version was released back in 2016. April is set to make their Japanese debut on April 25. Are you excited?

Scroll for more
Tap
MINSEO is singing for the ‘Weird You’ in the 22nd track of the ‘LISTEN’ project
SF9 have released a performance video for ‘Mamma Mia’!
Scroll
Loading Comments...