One of the most popular Korean variety show, Running Man, has a worldwide fanbase where the show is filled with funny, witty and humorous moments. The cast members has an amazing relationship with one another and brings a whole range of personality to the show. On top of that, there are times there are great guests that come on the show to bring a high quality show for the viewers. However, there are still people who haven’t seen the show. So, if you are one of them, then it’s time to check out this article!

There has been hundreds of episodes of Running Man that is full of great moments. Many of the time, it is quite hilarious to watch. So, we will highlight some of the funniest moments in Running Man that will guarantee you laughter and love for the show. So, check out the list below and tell us what you think!

For this episode, even at the beginning of this episode, we are hit with a wave of laughter. Running Man are all dressed up as superheroes who will save the day once they get their powers back. The producers did an amazing job in setting up methods that will test the worthiness of their superhero status. On top of that, their outfits may be on point but surely was embarrassing to wear in public! In particular, Kwangsoo, who has been known as an avatar during his wake up call in episode 51, had fully dressed from head to toe as an avatar! The hair, the skin and the height perfects his avatar look! 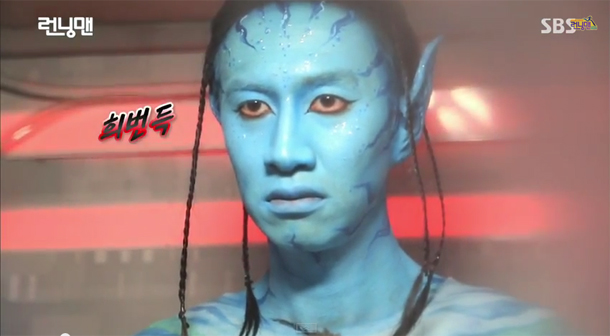 However, what the producers had in plan next had viewers in hysteric. This is when the running man members were tricked into believing that they were walking across a plank that linked one rooftop to the other rooftop of the adjacent building. Since they were blindfolded, some courageously walked from one end to the other some gives up and takes their blind fold off! However, when they do, they are all embarrassed by their screaming foolishness since the plank was set up only a metre off the floor! This was definitely a funny moment in Running man! Check out the moment below!

Honestly, Ddakji has been a game that Running Man has played many times throughout a lot of episodes. However, this episode had a difficult challenge; that being the group had to flip the “unflippable” Ddakji. Ddakji is a game where there is two teams with their square paper and the aim is to flip the paper over. So, truthfully throughout the whole episode, it contained a few funny moments. This includes the time where Jong Kook had to wrestle with Yoo Jaesuk for the winner’s spot. Obviously, this resulted in Jaesuk’s humiliation and Jong Kook’s winning moment. So, by winning, each group were able to build their own Ddakji to challenge this “unflippable” Ddkaji. 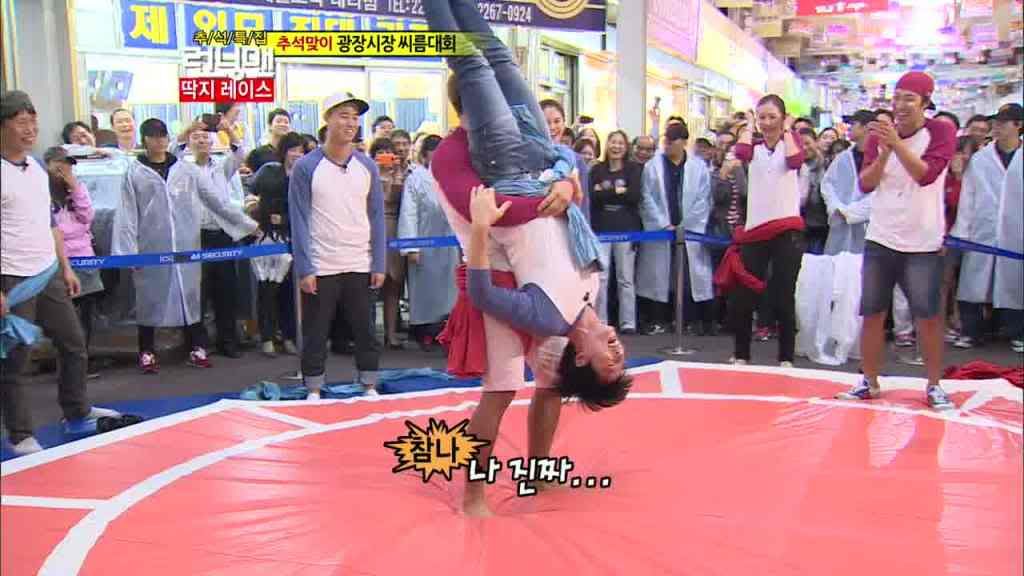 However, what made this episode so hilarious is the fact that the producers believed they had made an amazing Ddakji. So, at the end, with all the anticipation built towards this moment, Jong Kook managed to flip it in ONE go! This had left everyone in the production crew to be stunned to the point of being speechless! They were so shock, which made the whole moment that more funnier! On top of that, they had shown the countless of times the production crew tried to flip it and had unsuccessful in doing so. It was a priceless moment! So, check out the moment below!

This episode was so great where it was filled with laughter through the entire series. It started off with the members believing they will get a happy ending in one of the actress guests. However, they did not know what hit them until the actresses get into character. What makes the moment so special is that the girls act out their famous drama scenes. Thus, the moments was so shocked when things just turned upside down! 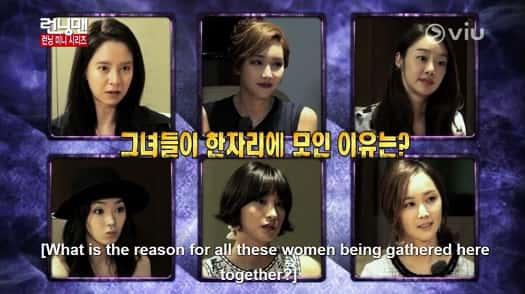 On top of that, the episode is filled with so much competition and the ladies did try their best to win the prizes. The most memorable moment is they had to act out a scene at the mud area. Each duo did an amazing job in acting, where at times cause many hilarious moments. So, check that out below!

This episode was a great episode where Running Man had to compete with one another for the number one spot. The number one spot had his privileges, while number seven spot has its worst outcomes. It was already funny that Kwangsoo had gotten that number seven spot, but to be placed in an area that is worthy to be number seven is great. Despite being ranked seven, he exaggerates his will to rank up, making the whole experience much more worthwhile to watch. The betrayals and lies is a part of Running Man and so it’s great to see how well thought the lies are in Running man. The ranking helped show how much fun Running Man can be without needing to actually care about the ranks.

Any episode with Park Ji Sung has been funny. Even though he is great with soccer, he shows he is also great with the Running Man crew. He is one of the most hilarious guests to come on Running Man. Since he gets along with each member, he is easily able to show his bickering and funny side on the show. It just makes the whole thing much easier to watch where Ji Sung at times learns how to betray and lie and thus fit into what it means to be part of Running Man!

Despite there being so many great guests on the show, none of the members had to feel left out since all of them have an equal amount of screen time. What makes these episodes so memorable is the fact that the challenges each group had to face was hilarious yet can be difficult. The way they overcome it is great and makes it so much fun to watch. In particular, at the end when Haha wanted to hit the solution to their 4170 answer, it was easily found out by guest Chang Wook at the end, ruining Haha’s plan!

Throughout the Running Man history, there has being many many great spy moments. However, this one takes the top for me. This is the one where Lee Da Hae had guested. This was the episode where every member thought they were spies and they had to do their secret mission. This is where Da Hae bluntly reveals that she is a spy to Jae Suk who is flustered at the knowledge and believes the two were the only spies. However, Da Hae wasn’t a spy and wanted to get every other member to eliminate one another. It is hilarious because Jae Suk gets scared that his cover will blow because of Da Hae!

This episode was full of plot twists and just funny moments. What made this episode so legendary is the way in which the ghosts had to eliminate each member. Each member had a special and unique thing that they aren’t allowed to do or else they’ll be eliminated. In particular, Kwangsoo found out that he couldn’t look backwards. So, Ji Hyo thought of a way and gave Kwangsoo a huge smack at the head, causing him to subsequently turn his head. Thus, he was eliminated and he goes mad at how he was trying his hardest not to turn but had to turn his head cause of pain. It was a spooky with funny twists kind of episode!

This was the episode where Running Man had to enter a haunted house with their VJ. Even without entering the house yet, everyone was also so shaken up and super scared for their turn in the house. The great thing about entering this house is the fact that once they make out of it they are able to head home! The reason why they have to enter the house in the first place is to find their name tags. The house is filled with unexpected things and it’s so hilarious to watch. In particular, one of the funniest moment has to include when Jae Suk’s VJ got so scared that he tripped over Jae Suk who was already on the group because of fear.

With Lee Jun Ki as a guest, there will never be a moment of silence. Jun Ki is so spontaneous and fills the air with so much happiness and laughter. Thus, this episode had so many special moments that even got Running Man members in laughter. The whole interaction with fans was great where they had to say some embarrassing line to them. On top of that, the games are so great and it was lovely to see everyone having such an amazing time. One of the highlights is Jun Ki’s acting as the king while modernly gets people to chant his name!

There are so many great moments in Running Man so it was quite difficult to choose some of the funniest moments in Running Man. Despite there being so many betrayals and bickering, it is obvious when watching these moments that the casts treats one another like family. They are so kind and definitely looks out for one another during the set that many may not realise. Their sense of enjoyable is what brings the greatest episodes to Running Man. Because of the crew and the games, it is what makes Running Man one of the best shows out there! Which episode is your favourite Running Man episode? Let us know in the comments below!