B.A.P’s Himchan And Daehyun Are Here To Break Hearts In Latest Photoshoot For Grazia Korea

B.A.P’s Himchan And Daehyun Are Here To Break Hearts In Latest Photoshoot For Grazia Korea

B.A.P’s Himchan and Daehyun are featured in Grazia Korea’s April edition! Both members are looking handsome as ever with intense gazes that are sure to melt any reader’s heart.

Eldest member, Himchan, is seen rocking his red hair from the ‘Wake Me Up‘ promotions along with a casual, yet fresh look. 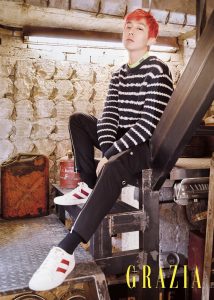 Daehyun is casually reclining in a more neutral look with shades of tan and brown. 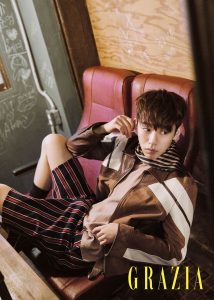 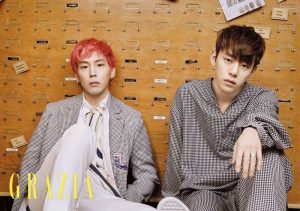 Be sure to snag April’s edition of Grazia Korea!