April’s cover of ‘Vogue Korea‘ has brought in resident flower boys and world stars, EXO. The members (minus Lay) grace the cover and all exude a charm that is sure to draw viewers in.

The first cover shows members, Suho, Xiumin, Baekhyun, and Chen showing off pastels and bright patterns which fit the latest fashion for spring. 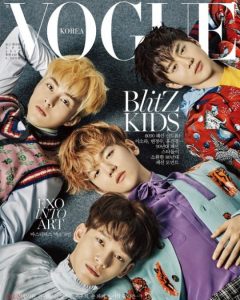 The second cover shows the remaining 4 members of EXO-K, D.O., Sehun, Chanyeol, and Kai. The 4 men are in darker shades of black and grey with florals subtly shining through. 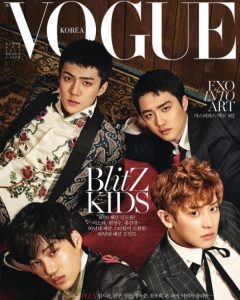 The fashion magazine has also gifted fans with a behind the scenes look at the photoshoot, ‘EXO To XOXO‘ on their official Instagram. Check out the teaser below:

What look do you like best? Let us know in the comments below!