Officially Kmusic would like to wish JJCC’s Zica, Mamamoo’s Wheein and Pentagon’s  Hongseok & Jinho all a very happy birthday! 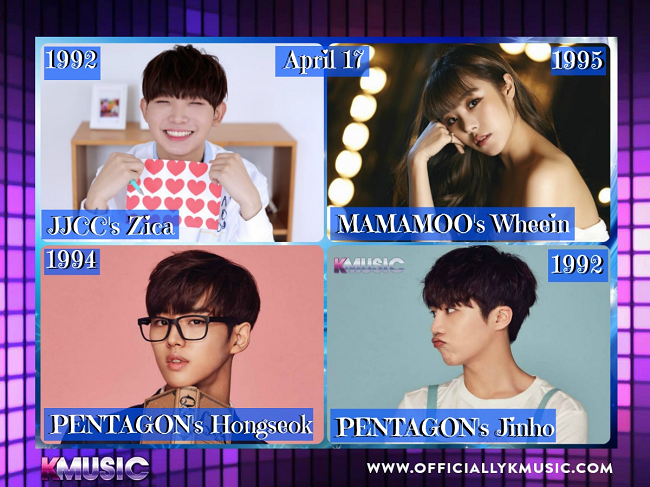 Place of Birth: Unknown, but has lived in San Diego, California and Singapore as a child.

Things to know about Hongseok:

He was on MIX & MATCH (iKon), but was eliminated.

He can speak Korean, English and Chinese.

Things to know about Jinho:

He was in SM the Ballad before his debut with Pentagon.

He can speak Chinese.

Source: (For both Pentagon members) Kprofiles

Things to know about Zica:

His stage name use to be Noah.

He’s a former member of ATO.

Things to know about Wheein:

Her name used to be Hwa Sa in middle school.

She was in Phantom’s “Under Age’s Song”