Officially Kmusic would like to wish Jay Park, Kim Jong Kook, and BONUSbaby’s Moonhee all a very happy birthday! 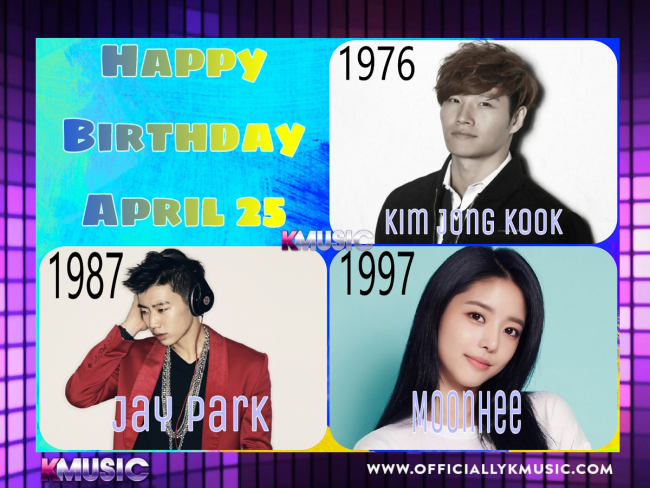 Things to know about Moonhee:

She was a member of myB.

Things to know about Jay:

He was born and raised in Settle, Washington (state) US.

He moved to South Korea to persue a carrier in ‘b-boying’ since his mother saw he wasn’t happy and started training at JYPE.

He is the CEO of AOMG.

Things to know about Jong Kook:

He is a cast member of the variety show Running Man.

He has a master’s degree from Dankook University.