Officially Kmusic would like to wish AOA’s Hyejeong, CLC’s Yeeun, Dreamcatcher’s SuA and Fiestar’s Hyemi all a very happy birthday! 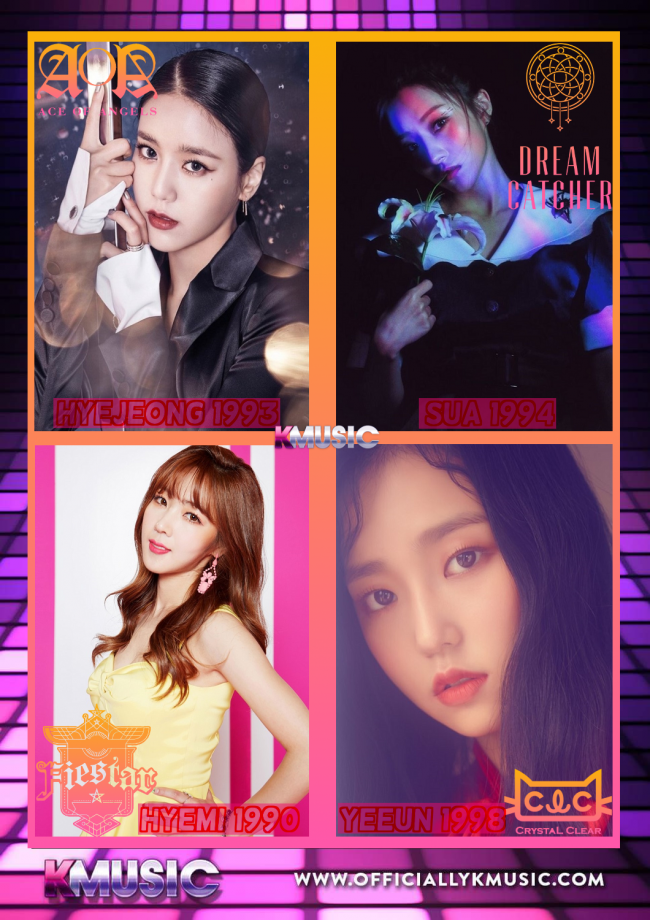 Things to know about Hyejeong:

Her angel name is Hyejeong.Lius.

She is AOA Cream subunit with Yuna and Chani.

She was on The Romantic and the Idol with MBLAQ’s Mir and 2PM’s Jun.K.

Things to know about Yeeun:

She can speak Korean, English and Chinese.

She and BTS’s Jungkook were high school classmates; both graduating in February 2017.

She was in BTOB’s “Beep Beep,” and G.NA’s “Pretty Lingerie” music videos.

Since CLC has a “fruit” theme; she represents tomatoes.

Things to know about SuA:

She’s a former member of MINK.

Some of her favorite things are: elephants, Thor (Marvel Comics), lipstick, and shoes.

She’s a fan of TVXQ/DBSK and BIGBANG.

Things to know about Hyemi:

She trained for 6 years before debuting.

Written by; collage by and featured image edited by: Admin Merry