Officially Kmusic would like to wish Sanchung of JJCC and Cosmic Girls’ Dayoung both a very happy birthday! 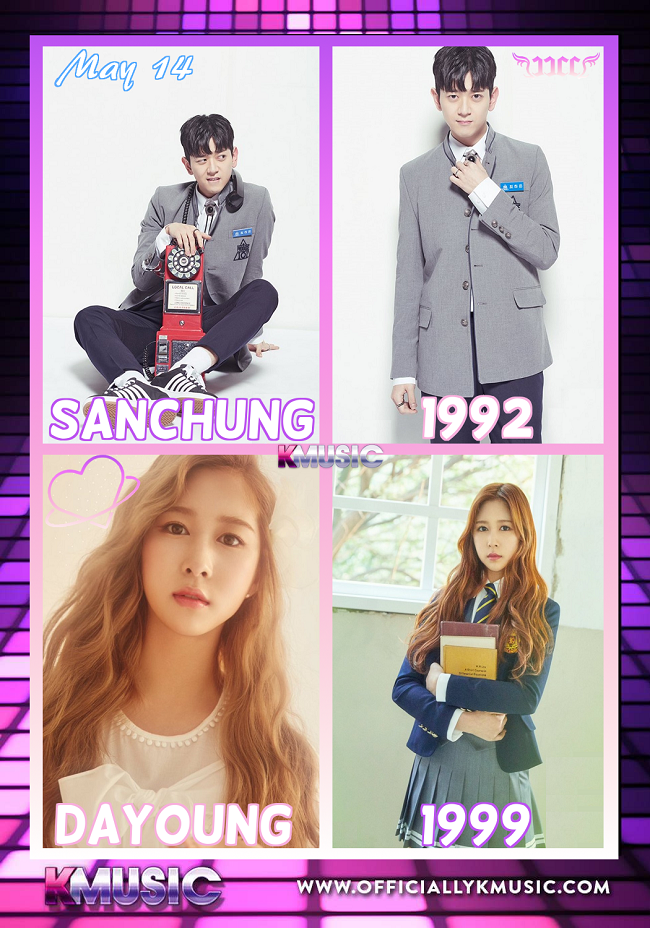 Things to know about Sanchung:

He is both the leader and maknae of the group.

He is currently in Produce 101 season 2.

He can speak English and Korean.

Even though he is a rapper, when he speaks, he is slow about it and therefore the other members nicknamed him “Sloth.”

Things to know about Dayoung:

She is in the Wonder Unit.

She was part of Y Teen with some fellow members and Monsta X.