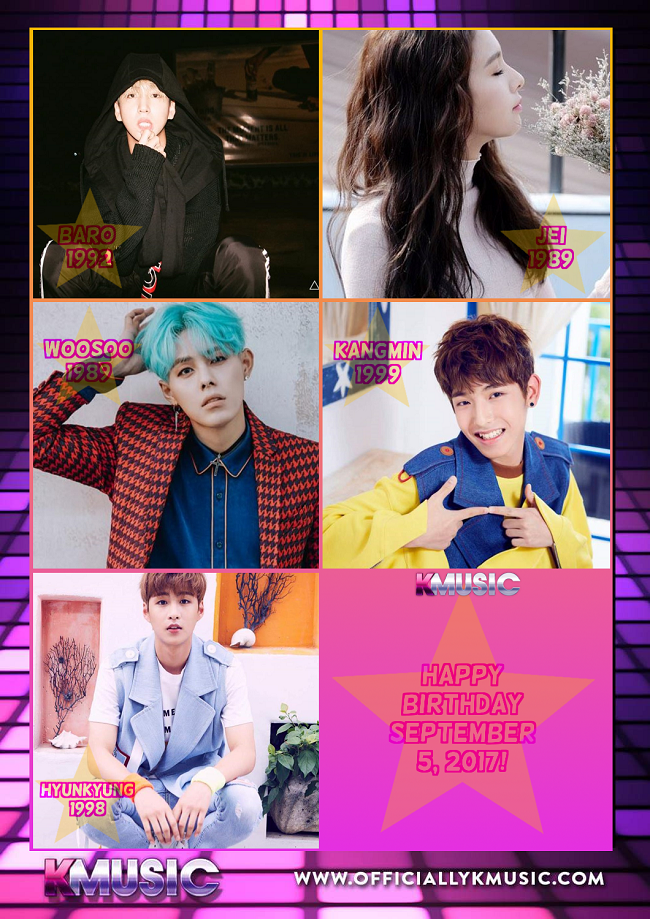 Things to know about Hyunkang:

He and Kangmin share the same date of birth; he’s just a year older.

He likes to play badminton.

Things to know about Kangmin:

He and Hyunkang are only one year apart in age.

Things to know about Jei:

She was in INFINITE’s ‘Paradise’ and IU’s ‘YOU&I’ music videos.

She was in The Romantic and the Idol with 2PM’s Jun.K, GOT7’s JB, and MBLAQ’s Mir.

Things to know about Baro:

His younger sister recently debut as a solo artist.

When they lived in the dorm it was hard for him to get ready for school since it was about two hours away from the dorm.

If he doesn’t wear baseball caps or snapbacks, he loses his confidence.

Things to know about Woosoo:

He’s the leader of the group.

He’s a former member of E7.

Written by, collage and featured image by: Admin Merry