Officially Kmusic would like to wish HIGH4’s Alex and VAV’s Jacob both a very happy birthday! 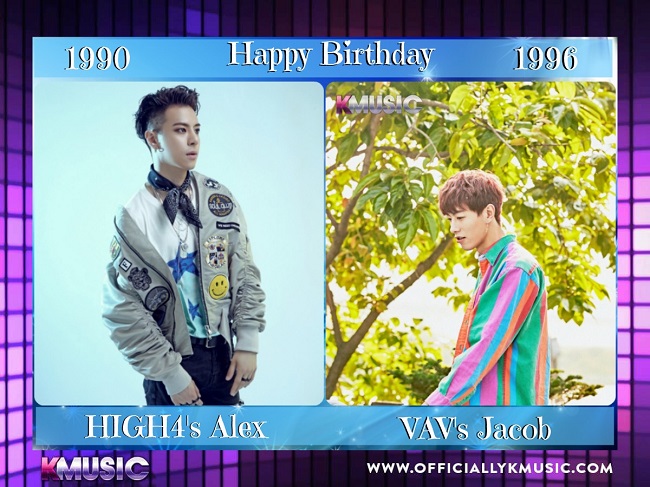 Things to know about Alex:

Shortly after HIGH4’s debut; Alex became a citizen of South Korean which means he will have to complete his mandatory military service now that he is no longer a Unites States citizen.

He can speak Korean, English and Japanese.

Things to know about Jacob:

He can speak Korean and Chinese.

His favorite movies are the Iron Man movies.

His favorite artist is IU.