Officially Kmusic would like to wish iKON’s Donghyuk a very happy 20th birthday! 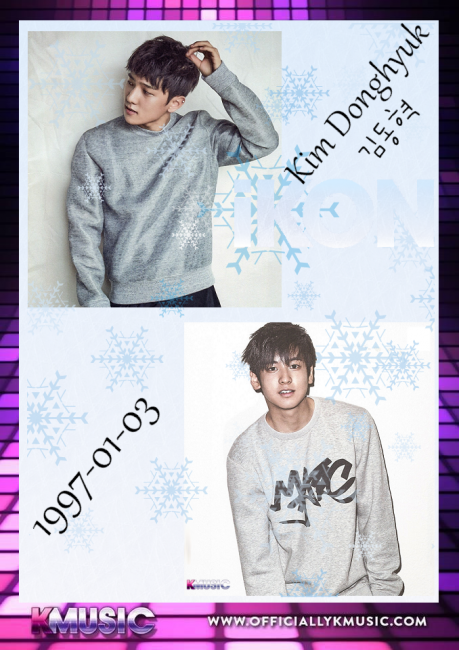 His nickname is Dong Dong.

He was a JYPE Trainee and a member of Def Music & Dance Academy.

The CEO of YG Entertainment’s children have said he is their favorite member of the group.

He has said that he wants a girl with charm and aegyo.

He can play the guitars, piano, drums and some traditional musical instruments native to South Korea.

Fans call him the “fake maknae.”