Happy Birthday to Minho of SHINee!

Happy Birthday to Minho of SHINee!

Officially Kmusic to would like to Minho of SHINee a very happy 25th birthday! 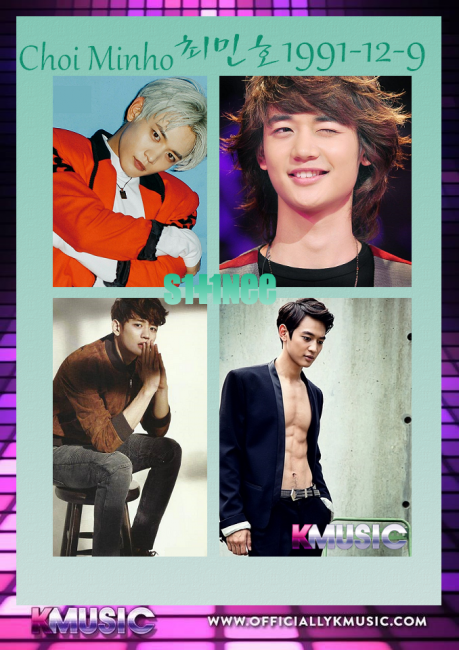 His father is a former football player and manger in K-League Football.

He has done some songwriting for some of SHINee’s songs.

In 2010 he has his first acting role in the Pianist with Han Ji-hye.

He has done other acting rolls, including, To the Beautiful You, Medical Top Team, Because It’s The First Time and later this month he will he in Hwarang and Detailed.

He graduated from Konkuk University’s high school in 2010 and started college courses in 2015.

Watch his Hwarang trailer below!

Scroll for more
Tap
BIGBANG Are Here To Say ‘FXXK IT’ With Throwback Music Video Teaser
Part 1 OST of ‘Goblin’: Chanyeol And Punch ‘Stay with me’
Scroll
Loading Comments...