VIXX take first win with “Shangri-La” on the eve of their 5 year anniversary!

VIXX take first win with “Shangri-La” on the eve of their 5 year anniversary!

VIXX shoot for the stars with “Shangri-La”!

On the eve of their 5th debut anniversary, VIXX have taken home The Show gong for the first win with their latest comeback! They beat TWICE’s “Signal” and Roy Kim’s “Egoist” to the win, hot on the heels of their M COUNTDOWN comeback stage earlier this week, with 8447 votes. “Shangri-La” is already proving to be an astronomical hit for the group after just 5 days! Check out their acceptance speech and comeback stage below! 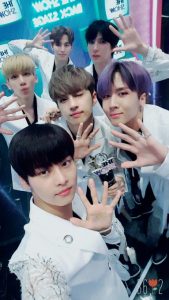 Celebrating their first win on The Show!