Jung Hyung Don and Defconn will be back on your screens soon with new show ‘Idol Room!’

Jung Hyung Don and Defconn will be back on your screens soon with new show ‘Idol Room!’

The former MCs of ‘Weekly Idol,’ Jung Hyung Don and Defconn (formerly known as Doni and Coni) have revealed that they will be back on screens soon for an exclusive new variety show just for idols!

That’s right, the duo will be launching ‘Idol Room,’ a show designed to report all the latest news on your favorite idols! The chief producer of the upcoming show said that while it sounds similar to ‘Weekly Idol’ it will still be uniquely different, with new aspects thrown in.

The chief producer also added that the show idea came together following the announcement that Jung Hyun Don and Defconn would be leaving the popular ‘Weekly Idol’ show. 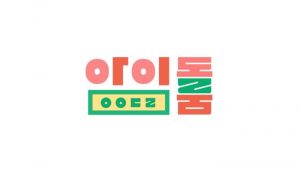 The show is set to debut in May on JTBC, and will only feature idols as main guests! The show will also include several production staff from ‘Weekly Idol’ such as producing director Kim Jin who worked with the two for over seven years.

Kim Jin said that JTBC did not previously have a music program, and after hearing about the duo’s departure from ‘Weekly Idol’ he asked them to come on board.

He also mentioned that ‘Idol Room’ will be run similarly to JTBC’s news program, ‘News Room.’ The news headliner aims to be reliable, trustworthy and emphathic, and ‘Idol Room’ will treat idols in the same manner.

So basically, if you were a fan of the Jung Hyung Don and Defconn on ‘Weekly Idol’ then you’re more than likely going to love ‘Idol Room!’

Are you excited for the duo to be back on your screen? Make sure to show your support and tune in come May!