‘Hwayugi’ is a modern reinterpretation of the classic novel ‘Journey to the West‘. The newly released posters clearly depict each character’s individual personality traits, and the surreal vibe of the posters reflects the fantasy drama’s supernatural elements.  There are five posters in all, one for each of the main characters.

Lee Seung Gi plays the lead role of Son Oh Gong, a mischievous troublemaker who embarks on a journey to search for light in a dark world. His poster shows him dressed in a flashy shirt and smiling charmingly, looking like the perfect embodiment of a ‘self-indulgent, impish demon who isn’t afraid to take on even the divine Jade Emperor‘.

The framed photo of a monkey in the background also hints at Son Oh Gong’s identity as a monkey demon who was born out of volcanic rock.

Check out the first character poster for ‘Hwayugi’ 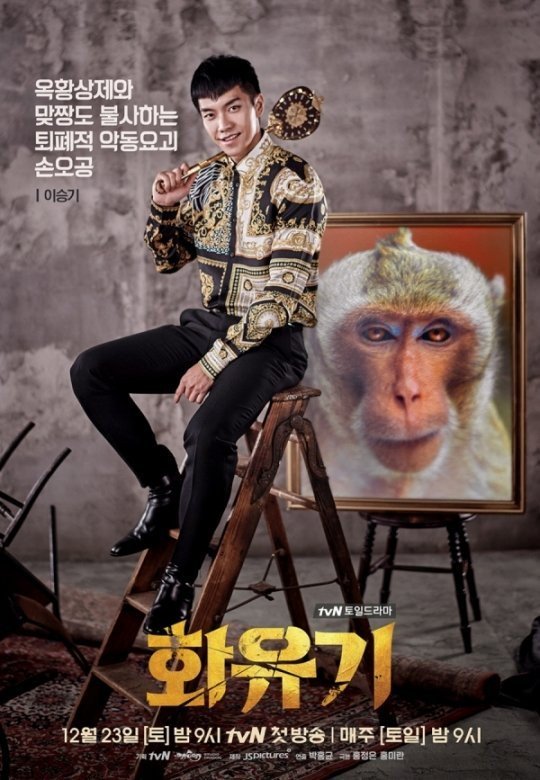 Cha Seung Won will play the character of Woo Ma Wang, ‘the refined, gentle demon who has been trying to achieve enlightenment for the past 1,000 years‘. In the human world, Woo Ma Wang moonlights as Woo Hwi Chul, the head of Korea’s largest entertainment agency. His poster shows the actor dressed in a suit and looking confident and powerful as he stares down the camera.

Check out the second character poster for ‘Hwayugi’ 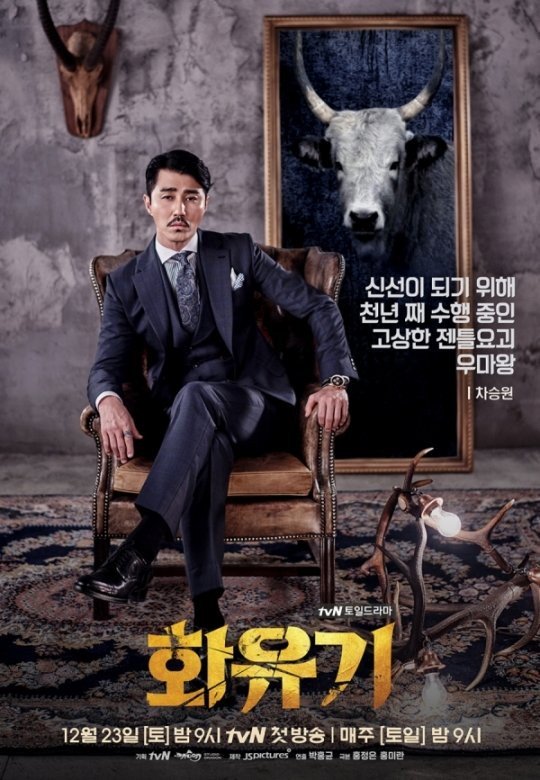 Oh Yeon Seo, the only woman among the five ‘Hwayugi‘ leads, will play Jin Seon Mi, a human who can see demons and evil spirits that other humans cannot. The caption describes her as a ‘woman who can tame Oh Gong with just one word‘, giving us a hint at what the storyline might hold for the two characters. The actress looks elegant and poised in her poster, with a framed photo of a lotus flower representing her character’s beautiful and mysterious qualities.

Check out the third character poster for ‘Hwayugi’ 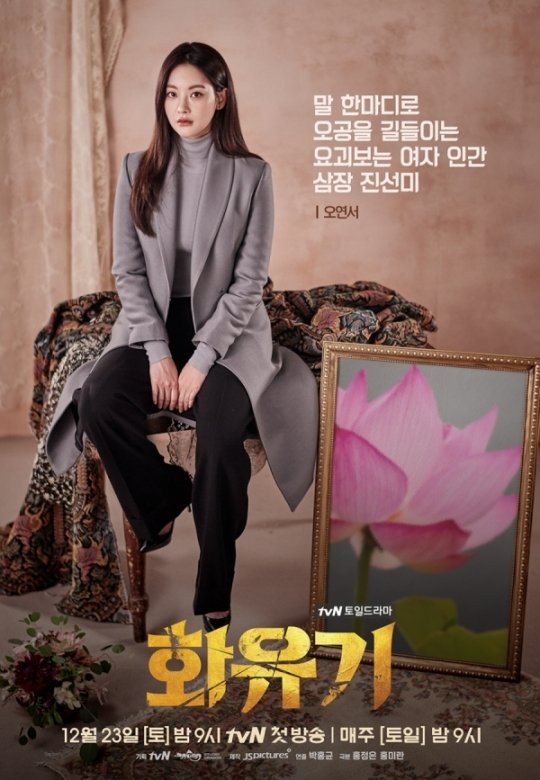 FTISLAND’s Lee Hong Ki will be playing the role of Jeo Pal Gye, the ‘superstar demon who steals women’s hearts with his magical powers‘. The character is an A-list celebrity under Lucifer Entertainment, the agency run by Woo Hwi Chul, and goes by the stage name P.K. He is both a lovable prankster and a seductive charmer.

In the poster, he is holding a framed photo of a pig that represents his hidden identity as a pig demon.

Check out the next character poster for ‘Hwayugi’ 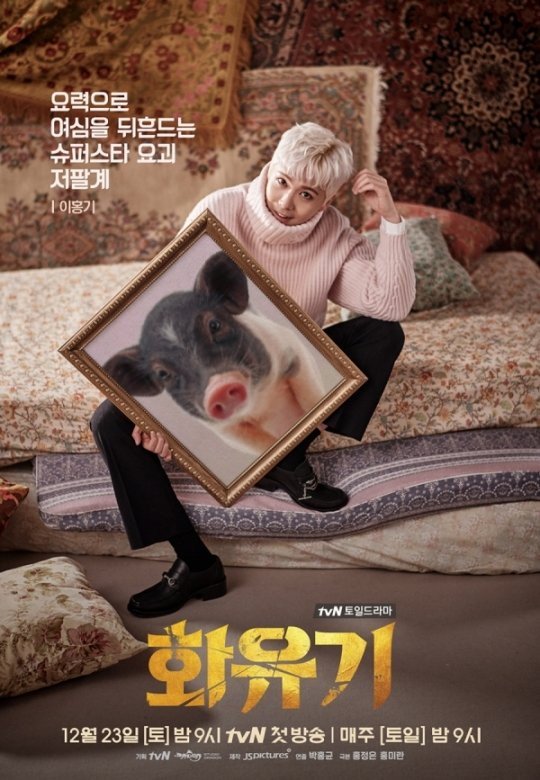 Last but not least, Jang Gwang will play the character of Sa Oh Jung, ‘the chairman of the No. 1 company in the financial world, who is devoted to serving Oh Gong‘. Surprisingly, in spite of his appearance, Sa Oh Jung turns out to be the ‘youngest demon’. The actor smiles good-naturedly in his poster as he comically dusts a statue, highlighting his role as Son Oh Gong’s attendant.

Check out the final character poster for ‘Hwayugi’ 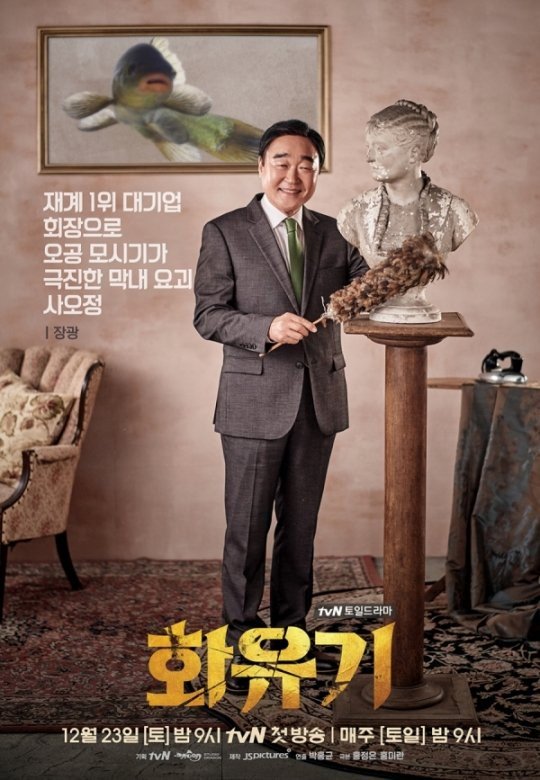 The producers of the drama commented, ‘Not only did we try to show the charms of each of the five main characters of ‘Hwayugi’, but we also decided to add framed photos that symbolized each character, so that viewers could better understand them‘.

A new trailer has also been released giving us a glimpse of how the drama is going to unfold.

Watch the trailer for ‘Hwayugi’

‘Hwayugi‘ is scheduled to commence airing on December 23 at 9pm KST.

What do you think of the character posters and trailer for ‘Hwayugi‘?  Will you be tuning in to watch the new drama?  Let us know in the comments below.