Super Junior will soon be back on our television screens, as they have announced plans to launch a new reality show ‘Super TV’.

They have now dropped the official poster for the show and have confirmed the airing date.

The poster reveals that ‘Super TV’ will star Super Junior members, Leeteuk, Heechul, Yesung, Shindong, Eunhyuk and Donghae. It appears that Siwon will not be participating in the show.

The text on the poster reads, ‘There are some who are less crazy, but there’s no one that’s not crazy’. 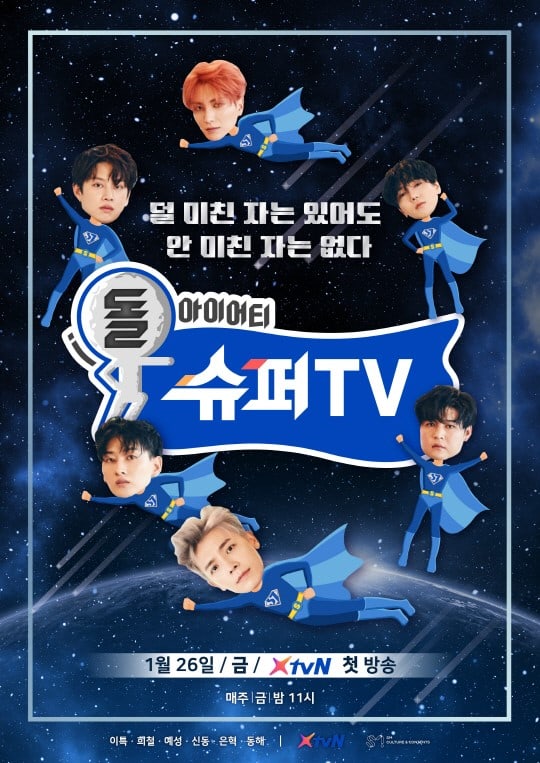 ‘Super TV’ is scheduled to air on XtvN from January 26 at 11pm KST.  XtvN is a new entertainment focused channel that has been launched by CJ E&M.

What do you think of the news of a new reality television show from Super Junior?  Did you watch ‘SJ Returns’?  Let us know your thoughts in the comments below.

Scroll for more
Tap
JYP reveals the final lineup of Stray Kids!
BoA is about to star in her first reality television show
Scroll
Loading Comments...