Officially Kmusic would like to wish NU’EST’s Aron, LOVELYZ’s Jiae, and Girls’ Day Sojin all a very happy birthday! 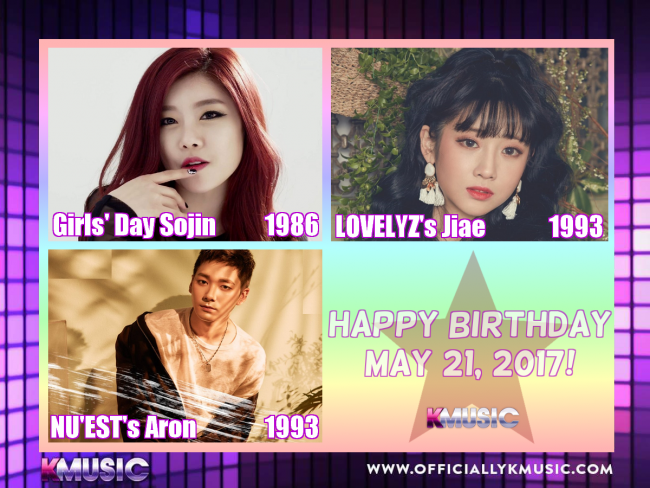 Things to know about Aron:

He was scouted at the same festival as 2PM’s Nichkhun was.

He is the lead dancer, lead rapper and vocalist of the group.

Things to know about Jiae:

She is the vocalist and visual of the group.

She was in You are my Oppa with INFINITE.

Things to know about Sojin:

She is the leader and lead vocalist of the group.

Written by, collage by and feature image by: Admin Merry