Officially Kmusic would like to wish U-KISS’s Hoon; GUGUDAN’s Haebin and Teen Top’s Niel all a very happy birthday! 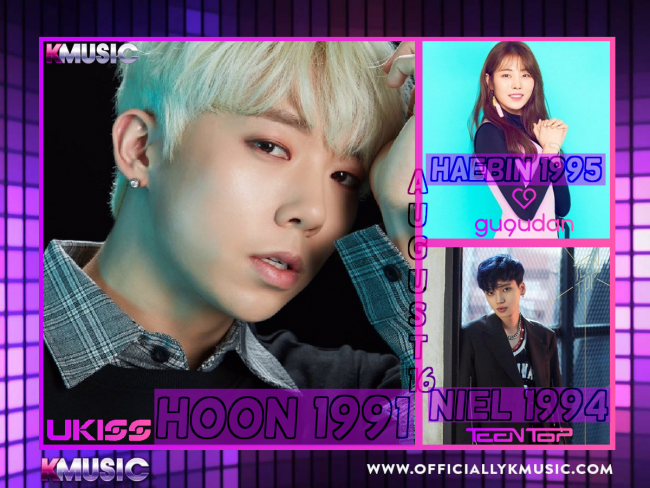 Things to know about Hoon:

Before U-KISS he was a solo artist and used his full name for his work.

He joined U-KISS in 2011 after Alex and Kibum left.

Things to know about Haebin:

She loves to cook and read cooking blogs.

Things to know about Niel:

He shares his dorm room with Ricky.

He was a child actor.

Written by, collage and feature images by: Admin Merry