Officially Kmusic would like to wish BIGBANG’s G-DRAGON, APINK’s Eunji, Momoland’s JooE, and LOOΠΔ’s Haseul all a very happy birthday! 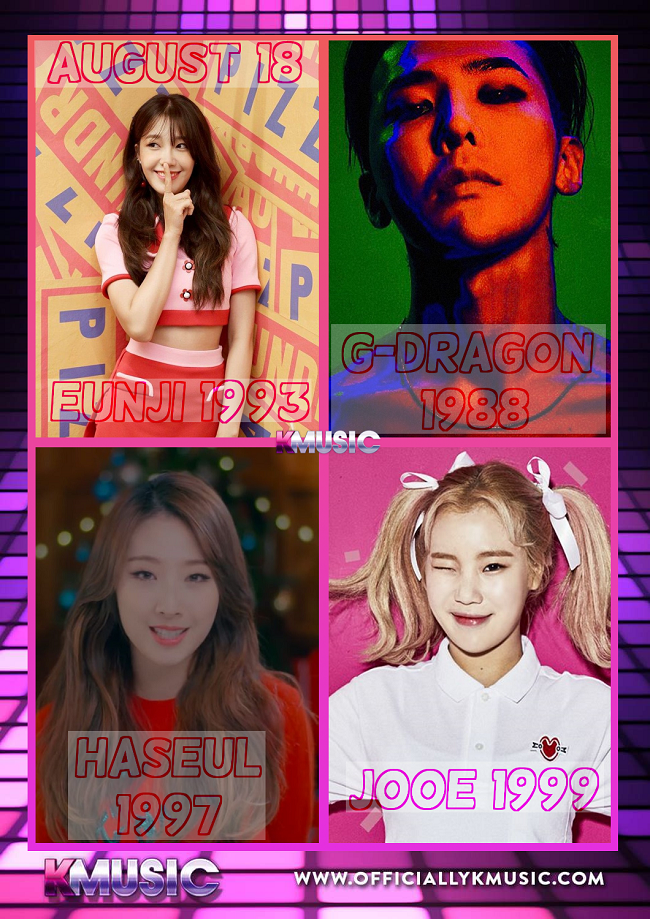 Things to know about G-DRAGON:

His stage name G-DRAGON comes from his name ‘Ji Yong.’ Ji-sounds like the English ‘G’ and ‘Yong’ is Korean for Dragon.

He’s been performing since he was 9 years old.

He’s the main rapper, writer and producer of the group.

He’s one of the Korean celebrities for AirBNB.

He was a former SM Entertainment trainee at age 8-12; before training at YG.

He started his official solo carrier in 2009.

Things to know about Eunji:

She changed her name to Jung Eunji.

She only trained for 6 months before debuting.

Things to know about JooE:

She likes to listen to music and surf the web.

Things to know about Haseul:

She is a member of and the leader of LООПΔ 1/3.

She can speak English.

Her LООПΔ color is green.

She studied in the US for a year; making it late for her to finish high school in South Korea.