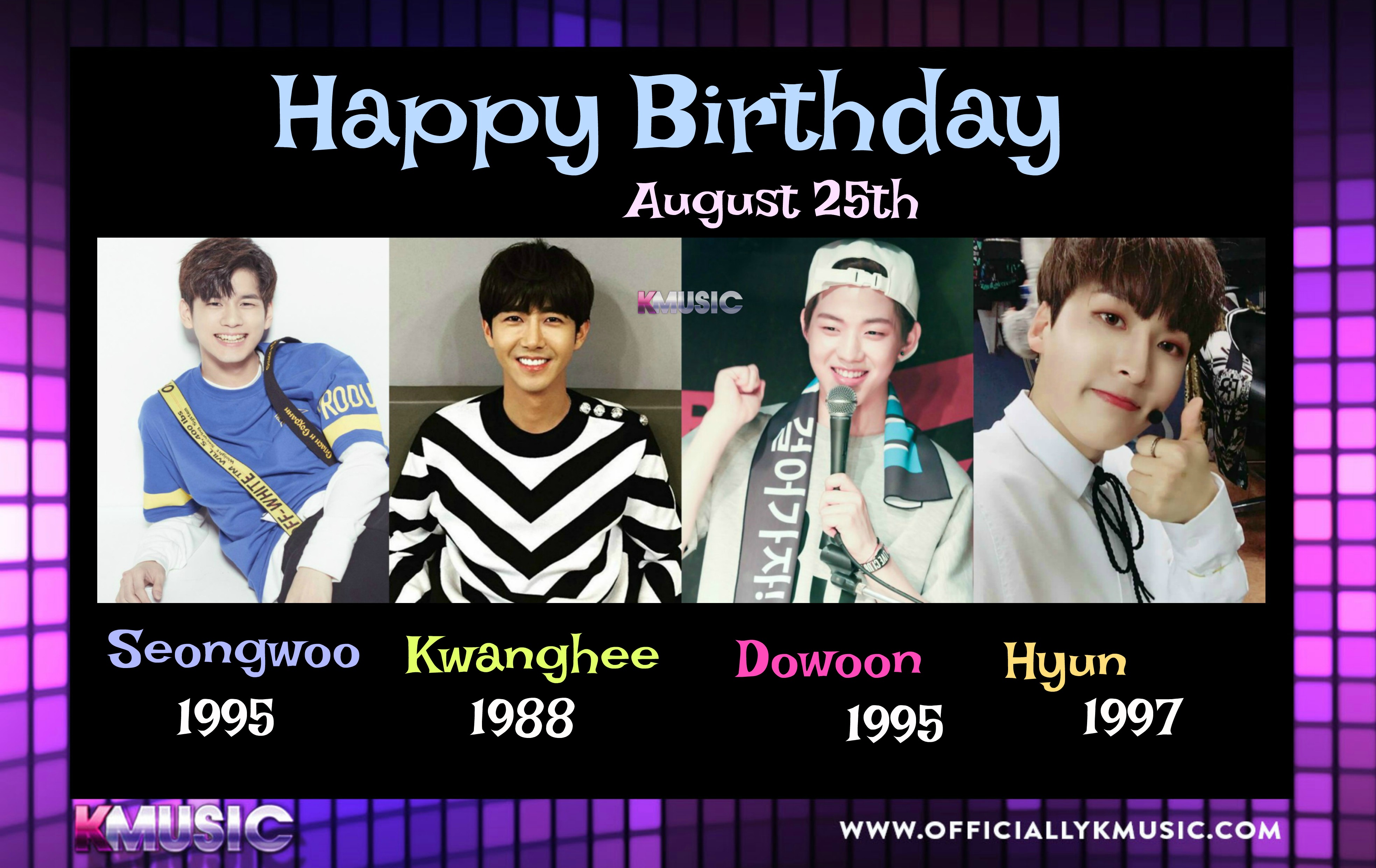 Seongwoo facts:
– He was born in Incheon, South Korea
– He has an older sister
– He went to Hanlim Multi Art School in Seoul
– He was a trainee at Fantagio for 8 months
– He is a very good dancer, especially popping and freestyle
– He can play the drums
– Seungwoo used to have multiple part-time jobs. He used to work at a cafe, and as a model
– Ong Seongwoo and BTOB’s Sungjae were classmates.
– His role model is EXO’s Kai.
– Company: Fantagio

Kwanghee facts:
– He was born in Paju-gun, Gyeonggi, South Korea.
– He has a younger sister, named Inyoung.
– His nickname is “Prince Kwanghee”.
– His hobbies are: playing tennis, going on trips, taking pics, scuba diving, shopping, snowboarding
– In 2012 he participated in the show “We Got Married”, where he was paired with former SECRET member Sunhwa.
– Since 2015 he became the MC for the show “The best cooking secrets Season”.
– Kwanghee’s ideal type: A girl that loves cats.

Dowoon facts:
– He was born in Busan, South Korea.
– He has an older sister.
– He studied at Busan Arts College.
– He’d been playing the drums since he was sixteen.
– His ears get red when he’s shy.
– Most of the members find him the cutest among the group.
– Dowoon’s ideal type: girls with pretty smiles.