Officially Kmusic would like to wish Jaebin of Varsity and Jaeyong of Halo a very happy birthday! 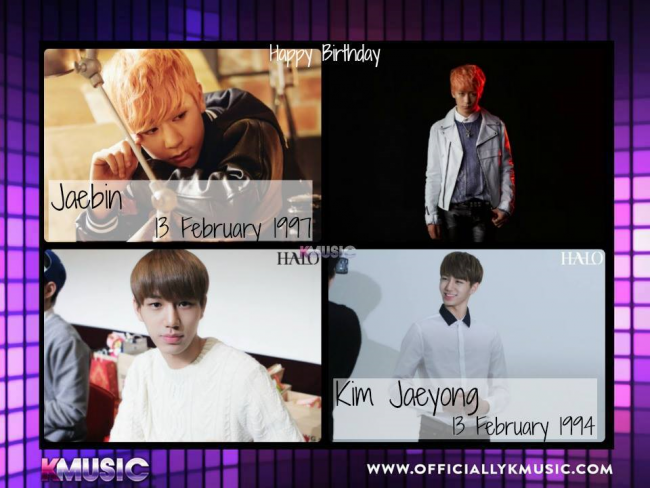 Position in the Group: Translator (Knows both Chinese and Korean)

Things to know about Jaebin:

He’s a fan of Hyukoh.

Position in the Group: Sub-vocal and visual

Things to know about Jaeyong:

Jaeyong was backup dancer for N.CA ‘My Student Teacher’ promotions in September 2013.

The members says he acts older than his age.

He made his official debut as a composer with ‘Dazzling’, the third track on their 3rd album ‘Grow Up’.

He said he would want to be in a unit with fellow HALO member Heecheon.

Collage and written by: Admin Risa