Officially Kmusic would like to wish NFLYING’s Jaehyun, WJSN’s Cheng Xiao, and B.I.G.’s J-Hoon all a very happy birthday! 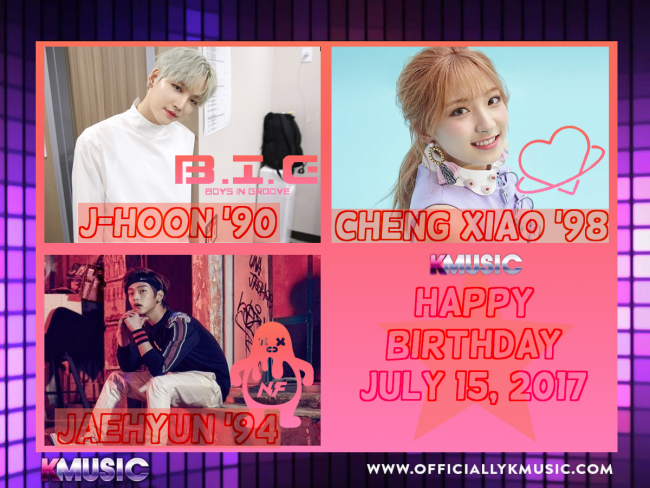 Things to know about Cheng Xiao:

She is part of the groups’ Wonder Unit.

Things to know about J-Hoon:

His stage name is a short form of his birthname.

He likes to talk and eat a lot.

Things to know about Jaehyun:

He use to be the maknae, but they just got a new member after Produce 101 Season 2 who is younger than him.

His older sister is former member of Rainbow Jaekyung.

He was supposed to debut in CNBLUE; however he was replaced by CNBLUE’s Minhyuk.