Officially Kmusic would like to wish both 14U’s Rio and SECHSKIES’s Suwon a very happy birthday! 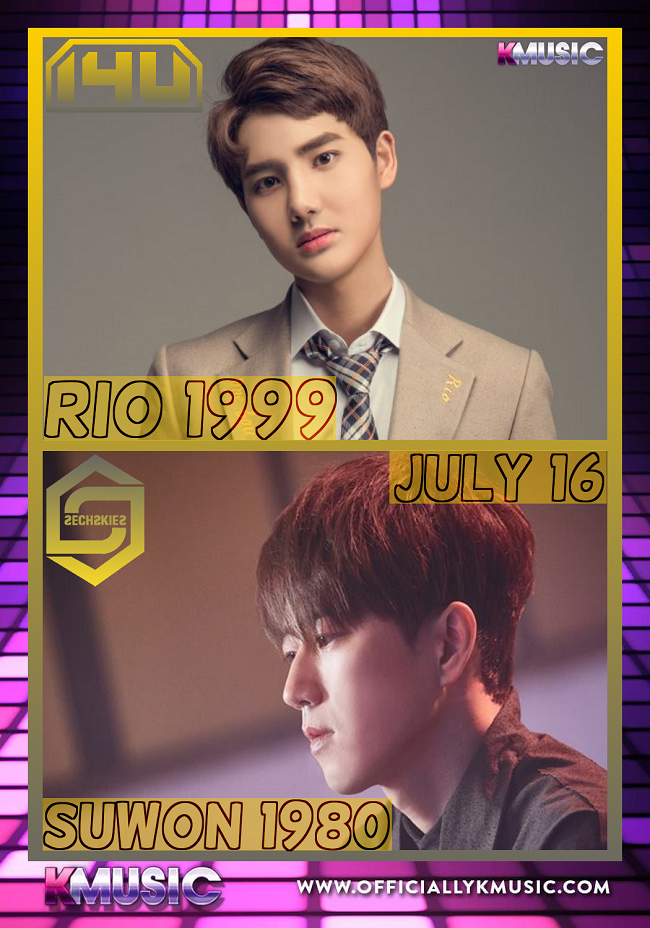 Things to know about Rio:

He’s the “Happy Virus” and “Mood Maker” of the group.

Things to know about Suwon:

During their 16 year disbandment, he and Jaeduck formed their own duo called J-Walk.

He is a member of the sub-unit White Kies.

Stay tuned to Officially Kmusic as we bring you the latest in Korean Entertainement!