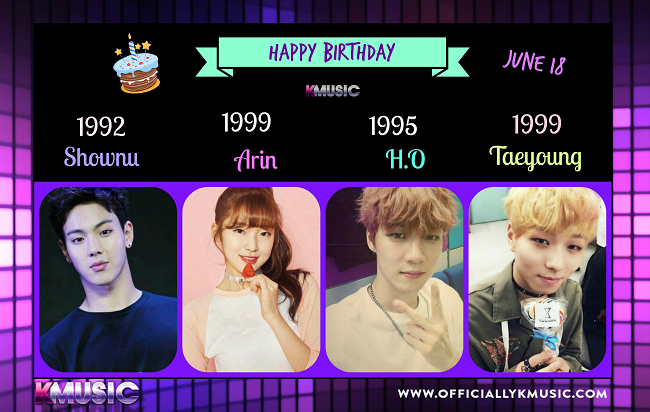 Things to know about Shownu:

He trained with GOT7 and almost debuted with them; but left before they debuted and was in NO.MERCY and ended up debuting with Monsta X.

He is the leader of Monsta X.

He was born in Changdong, Donbonggu, Seoul, South Korea.

He’s the oldest member of the group.

He is close with Soyou.

He was in Lipstick Prince along with Ukwon and P.O of Block B.

He shares his room with Hyungwon and Wonho.

Things to know about H.O:

He was Yangsan, Gyeongnam, South Korea.

Things to know about Arin:

She was born in Busan, South Gyeongnam, South Korea.

Things to know about Taeyoung:

He can beatbox and play drums.