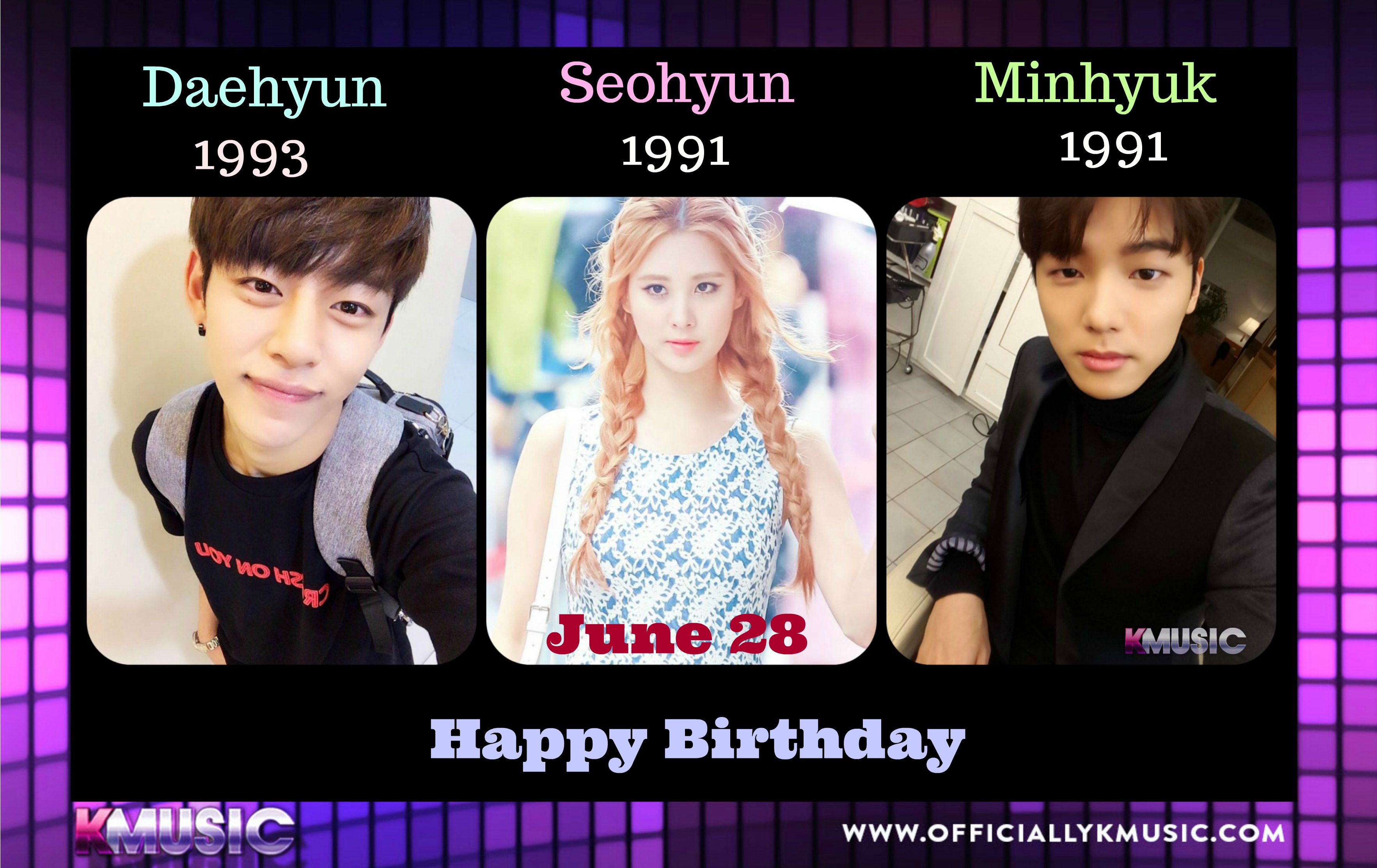 Daehyun facts:
– If B.A.P were a family he’d be the oldest son.
– His favorite food is cheesecake.
– He speaks with a very heavy Busan dialect.
– Daehyun would like to try acting in the future because he learned some acting while they were shouting for Skydive.
– Daehyun’s ideal type is someone like Shin Saimdang.

Seohyun facts:
– She doesn’t have siblings.
– She was cast during 2003 SM Casting System.
– Her nicknames are: Maknae (the youngest one), Seobaby, Seororo, Hyun, Joohyun
– She usually commits mistakes during performances.
– She said her ideal man is Johnny Depp.
– She loves the manga / dorama Nodame Cantabile.
– On January 2017, Seohyun became the 3th member to release a solo album, with her debut extended play titled “Don’t Say No”.
– Seohyun’s ideal type: “Courtesy is the most important factor. I wish he was a guy who can understand from the opposite point of view, and someone who I can always interact with a smile. Seeing a guy like him will probably make me feel better as well.”

Minhyuk facts:
– He liked band music after listening to Maroon5.
– He is a romantic person , he knows a lot about dating, like where to go, where to eat,etc.
– Minhyuk’s dad is drums teacher. He learnt playing drums from his dad.
– He is the one that cleans the most. He tidied the room everyday when CNBLUE were in Japan.
– “1″ is his lucky number
– When Minhyuk was in middle school, he was in a soccer team. During summer vacation, he always had training.
– MinHyuk is called Min Hyo Ku in Japan.
– Minhyuk’s ideal type is actress Kim So Hyun, but he said he keeps changing his ideal type. Before, his ideal type was Lee Min-jung.