Officially Kmusic would like to wish JJCC’s Simba and VIXX’s N a very happy birthday! 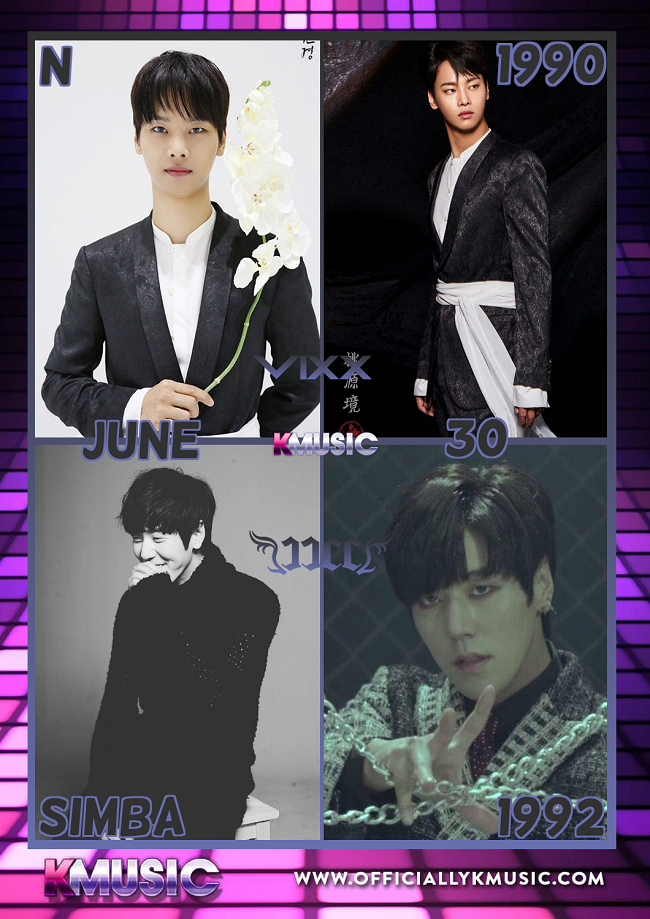 Things to know about Simba:

He can speak Japanese and Korean.

He was their first leader.

Things to know about N:

He is the leader of VIXX.

One of his nicknames is “Annoying Cha.”

He likes dancing and performing.

Written by, collage by and featured image by: Admin Merry