Officially KMusic would like to wish U-KISS‘s Soohyun and Baek A Yeon a very happy birthday! 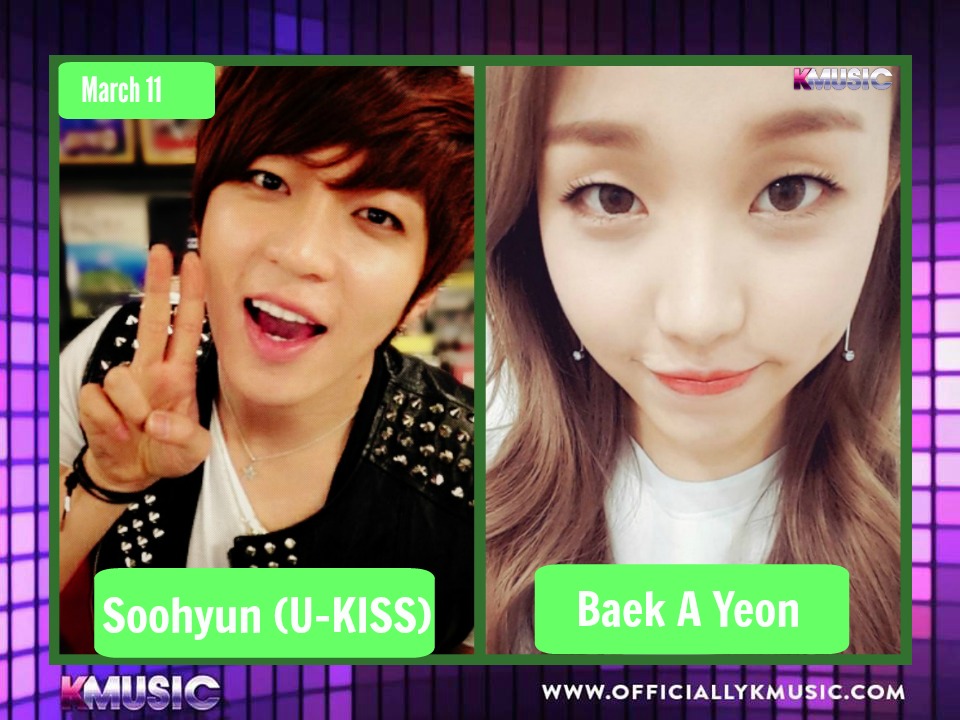 Stage Name: Soohyun
Birth Name: Shin Soohyun (신수현)
Position: Main Vocalist, Leader
Birthday: March 11, 1989
Zodiac Sign: Pisces
Height: 181 cm (5’11”)
Blood Type: A
Instruments: Piano
– He was born in Gyeonggi-do, South Korea.
– He has been a trainee for 6 years.
– He used to be a JYP and Good Entertainment trainee.
– He used to be a soccer player.
– Soohyun’s ideal type is a romantic woman. He also mentioned actress Kim Sa Rang as being close to his ideal type.

Baek A Yeon (Korean: 백아연) is a soloist under JYP Entertainment. She officially debuted with the release of the mini album “I’m Baek” on September 10, 2012 and held her debut stage on SBS’s Inkigayo with the title track “Sad Song”.