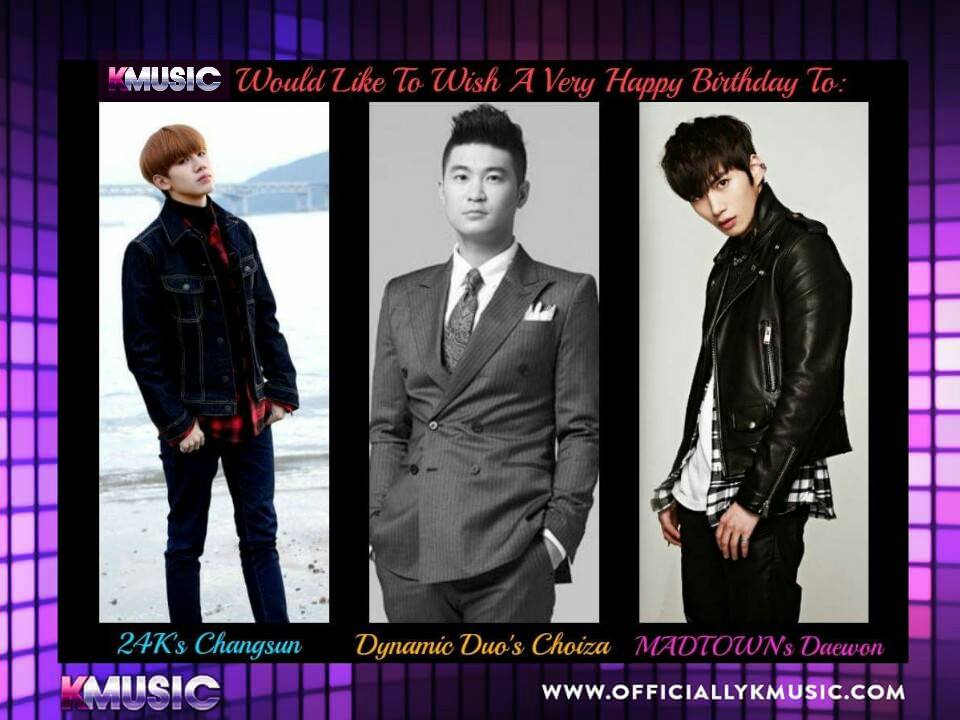 Choi Jae Ho (stage name: Choiza) is part of the Korean Hip-Hop duo, Dynamic Duo, alongside Gaeko. He was born on March 17th, 1980 and is currently signed under Amoeba Culture which is a hip-hop record label that the duo founded in 2006. Before Dynamic Duo, he was part of Korean Hip-Hop groups: K.O.D and CB Mass. Choiza graduated from Sejong University with a major in hotel management. His hobbies include reviewing/criticizing movies and building computers.

Park Dae Won (stage name: Daewon) is part of a seven membered K-pop boy group named MADTOWN. He was born on March 17th, 1992 and is currently residing in GNI Entertainment (formerly with J.Tune Entertainment). His nickname is Huindungi and in the group, he is the main dancer and vocalist. Daewon grew up with member Lee Geon in Cheonan and attended Cheonan technical high school. His speciality is creating choreography. Daewon has appeared in K.Will‘s “Love Blossom,” EXO‘s “Growl,” and Ladies’ Code‘s “Pretty Pretty” promotions as a backup dancer.

Lee Changsun (stage name: Changsun) is part of an eight membered K-pop group named 24K. He was born on March 17th, 1996 and is currently signed under Choeun Entertainment. In the group, his positions include being the vocalist and leading dancer. Changsun graduated from Gukje University with a major in dance. He has an older sister and thinks his charm is his small face. His childhood dream was to be an inventor and his motto in life is “Let’s go till the end!“